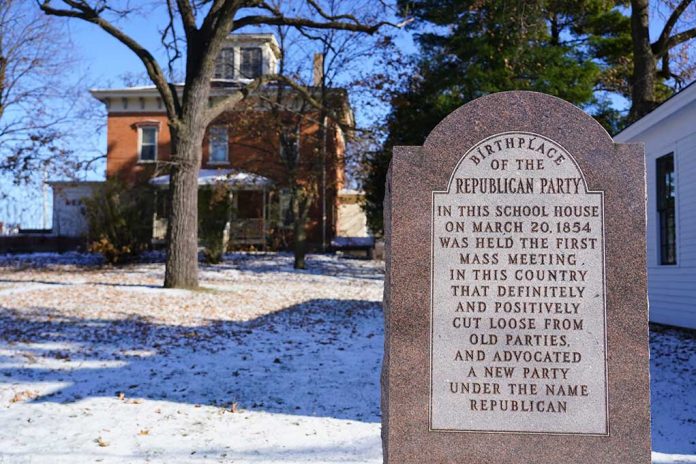 (USNewsMag.com) – The Republican party, sometimes called the Grand Old Party or GOP, is one of the main political parties in the United States. The nickname is a perfect moniker because we can trace its roots back to 1854.

However, it’s been a long road to the party we know now. It helps to start at the beginning of the story to understand how we got from 1854 to today.

The Roots of Republicans

In 1854, the Republican party was formed by former Whigs and others. The founders supported liberalism, economic reform, and the abolition of slavery.

According to the Republican National Committee, the party formed in response to the passage of the Kansas-Nebraska Act, which sought to expand slavery into the western US territories. The founders of the party opposed this expansion of slavery because they felt it would give slaveholding states too much power in the federal government. Because of a fierce division among Southern and Northern Democrats, Abraham Lincoln garnered the most votes in the 1860 presidential election.

The Civil War and the GOP

During the Civil War, GOP President Abraham Lincoln saw the abolition of slavery as a step towards winning the war. He issued one of the most famous executive orders in history, the Emancipation Proclamation. Congress, led mostly by Republicans, also passed the 13th Amendment to end slavery formally.

After the Civil War, the party gained an association with big business with whom it had worked closely during Reconstruction. The party began focusing more on the interests of industrialists and others in the financial sector and less on the rights of Black Americans, leading to the perception the GOP was only for the White wealthy upper class.

By the early 1900s, many within the party were turning their interests back to the working class and everyday people. According to Ohio History Central, there was a concern at the time that the morals of the country were in disrepair, and the Progressive Movement sought to reform the country by helping the working class get better working conditions and instilling Christian values among the people.

This new group of Progressive Republicans split from other GOP members who wanted to help big businesses. By 1920, the two groups reunited with a common goal to retake the White House from the Democrats who had held it since 1913.

The modern Republican party is representative of the ideas Progressive Republicans brought to the GOP when reuniting. The party maintains a focus on making government smaller, building industry, and supporting traditional family values.