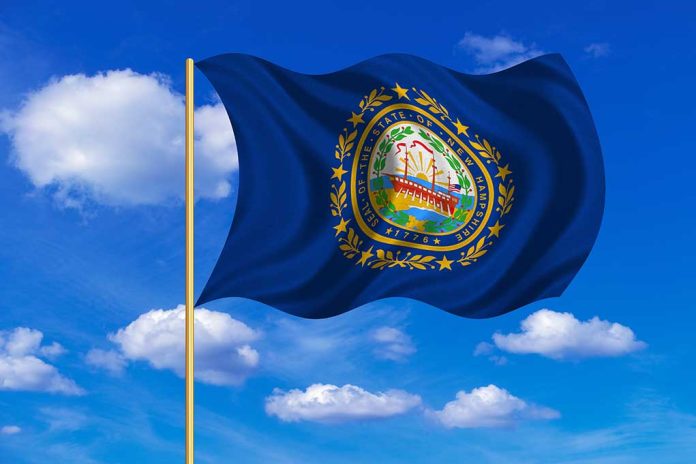 (USNewsMag.com) – The midterm elections are quickly approaching, with just under two months to go until voters head to the polls. Over the last few years, there seems to have been a shift in who’s entering their name into the primaries. Younger people, such as Alexandria Ocasio-Cortez (D-NY) and Madison Cawthorn (R-NC), have been diving headfirst into politics in a field that’s previously been dominated by older generations. During the New Hampshire primaries, 25-year-old GOP candidate Karoline Leavitt won her way onto the November ballot — and she might just be the beginning of a new generational wave.

Who Is Karoline Leavitt?

Leavitt may be young on paper, but she’s already had quite a bit of experience in the political environment. She worked for GOP Rep. Elise Stefanik from New York, who endorsed her, and also worked as part of former President Donald Trump’s press. She also has endorsements from several high-profile Republicans, such as Ted Cruz (TX) and Mike Lee (UT). She beat out Matt Mowers, who had backing from House Minority Leader Kevin McCarthy (R-CA), for the slot on the ticket. Leavitt is running on a platform of unity and called out the Washington “establishment” in her speech following her primary win. She will be running against Rep. Chris Pappas (D), and if she beats him, she’ll be the youngest ever elected to Congress.

While Leavitt is a Gen Zer running this election season, she’s not the only one. In Florida, 25-year-old Maxwell Frost has garnered attention throughout the state after his primary win in a Democratic district. Frost, a Democrat himself, comes from no political background at all and doesn’t even hold a degree. However, his story — he’s adopted and recently reconnected with his birth mother who went through multiple hardships — and fresh perspective is what drew people to vote for him. Following his primary win, House Speaker Nancy Pelosi (D-CA) reached out to him, saying his presence would be “very refreshing.”

Lately, it seems younger people have been seeking office. Whether it’s a will to change current policies or enact change, each candidate has a reason for running. Many senior members of Congress are either retiring, or there are rumors circulating about prospective retirement, so there are seats up for grabs.

Both Leavitt and Frost are young, so if they don’t win their elections this year, they can always try again at the next Congressional election in 2024.

How do you feel about Gen Zers running for Congress?