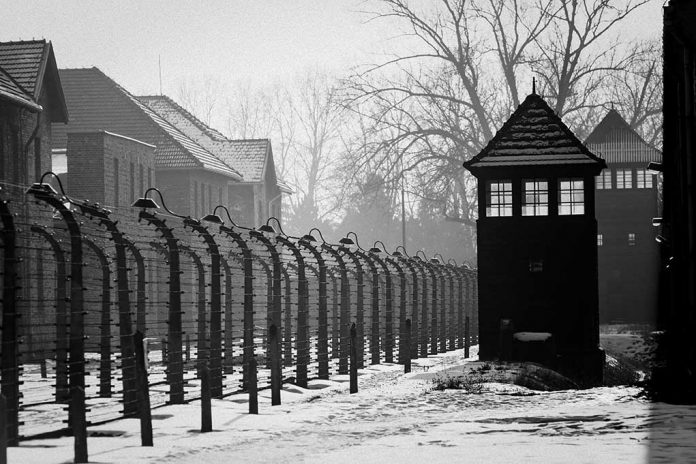 (USNewsMag.com) – WWII ended nearly 76 years ago, but that hasn’t stopped authorities from hunting down those who aided Adolf Hitler. Recently, one of those suspected criminals tried to run from authorities.

In February, German courts indicted 96-year-old Irmgard Furchner on charges that she was an accessory in the deaths of more than 11,000 people. From 1943 to 1945 the woman worked as a secretary at the Stutthof concentration camp in Poland.

Furchner recently told the judge assigned to her case and journalists that she didn’t want to be part of the trial. She’d asked the judge for a trial in absentia — where she wouldn’t attend proceedings — but her request was denied. The judge told her she’d face consequences if she didn’t appear.

On the day of her hearing, the accused was supposed to take a taxi to court, but instead tried to hop on a train and flee.

Police later apprehended Furchner after the court reported her missing.

96-year-old woman Irmgard Furchner arrested after fleeing in a taxi ahead of her trial for aiding and abetting mass murder in a Nazi concentration camp, officials in Germany say. https://t.co/k4wlcHdWde pic.twitter.com/16WDu1MmJt

The woman is one of several ex-Nazis to face consequences for their roles in the Holocaust. More than 11 million people, including over 6 million Jews died during Hitler’s reign of terror.

Furchner’s next court date is October 19.