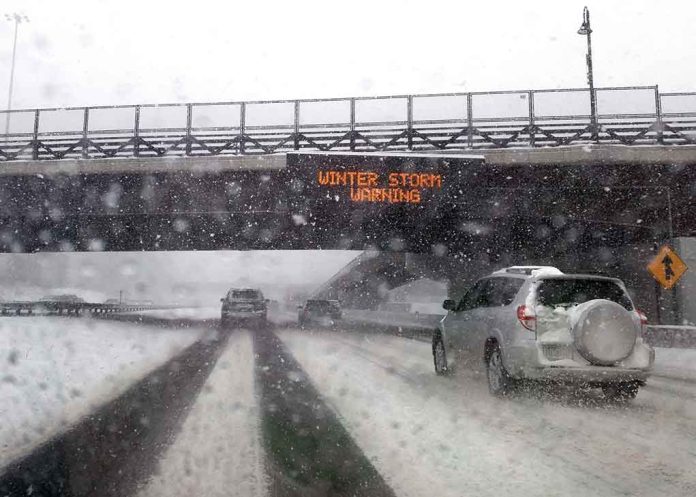 Wind turbines, a favorite of the Biden Administration, cannot operate in high winds or frigid temperatures because those conditions can damage the turbine. Unfortunately, for people that live in areas where the grid is particularly reliant on wind farms when reliable energy is most needed, the fossil fuel alternatives cannot generate enough electricity to meet the demand. This was the case in Texas, where the grid struggled to keep up with residents’ needs to heat their homes in the face of abnormally low temperatures.

In New England, natural gas is usually the backup for green energy sources, but the arctic air brought in by Elliot was so cold that the pipelines began freezing, forcing operators to burn oil in an effort to keep the grid operational.

Insufficient electricity during major weather events is hazardous in frigid temperatures. The risk of serious health complications, or even death, increases significantly when people are unable to warm their homes. While communities like Buffalo, New York, provide warming centers for residents, venturing out in blizzard conditions when the roads are impassible is extremely dangerous. Sadly, residents who became stranded outside during the storm and froze to death are numbered among the climbing death toll in Erie County, NY.

The lack of natural gas pipelines and the declining number of operational coal plants in the Northeast is creating an energy deficit that current fossil fuel alternatives are unable to compensate for. After assessing what was done to keep electrical grids operational during Winter Storm Elliot, Larry Behrens, the communication director of a nonprofit focused on supporting America’s energy workers, told The Daily Caller “hoping renewables work when we need them to is not a strategy.”