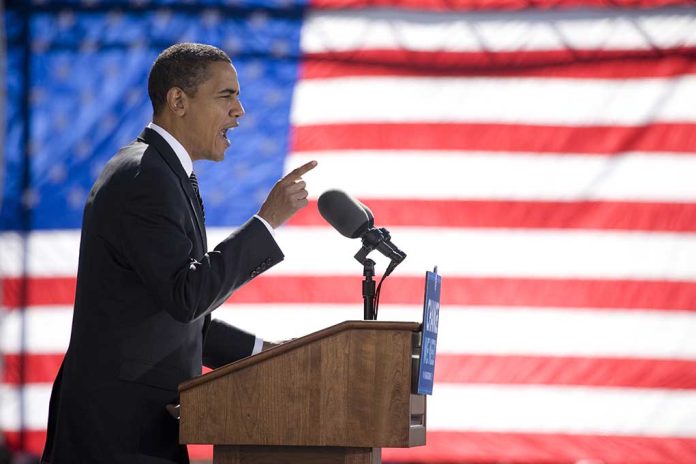 (USNewsMag.com) – Former President Barack Obama is one of the most popular members of the Democratic Party. Six years after leaving office, members of his party still beg for his endorsement and support. However, the 44th POTUS isn’t interested in campaigning — but it doesn’t mean he’s completely absent from politics.

An in-depth CNN report on the former president revealed he’s refusing requests from all over the country to campaign for candidates. Instead, he’s coordinating with President Joe Biden on candidates he should endorse and largely staying out of the US political scene. While he isn’t jumping into the midterm fray, he is focusing on his goal of allegedly preserving democracy.

Candidates are desperate for Obama's help in what they feel is an existential midterms battlehttps://t.co/NPW3e8rhZR

To that end, Obama reportedly met with a group of European elites and discussed democracy. During the meeting, he was asked how the leaders should respond to the opposition.

While he didn’t call out the Republican Party in the US by name, he did seem to be talking about them when he said, “Sometimes it just turns out they’re mean, they’re racist, they’re sexist, they’re angry.” These are all criticisms he has had of the GOP before, so some believe it was yet another attack by the leftist.

Regardless, Obama has largely remained out of the political fray since Biden took office. While the current president viciously attacks MAGA Republicans, his former boss has focused on other things. According to sources, that’s likely to continue for the foreseeable future, no matter how much the Democratic base wants him to get out on the campaign trail.