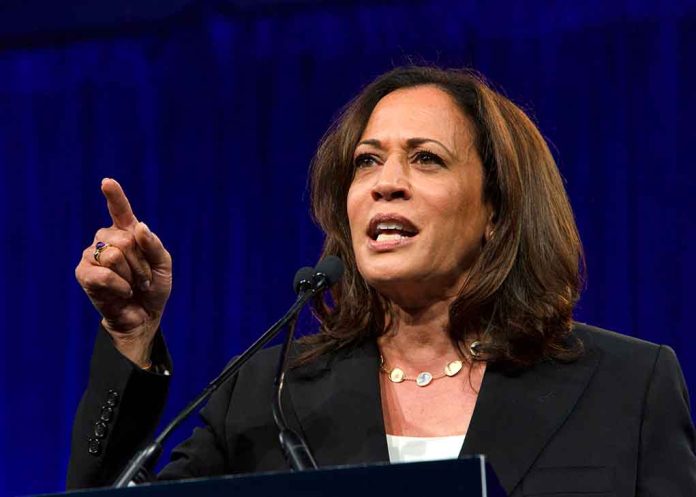 (USNewsMag.com) – The crisis at the border keeps getting worse, continuously setting new records for illegal migrant crossings. Texas and Arizona Governors are doing their best within their legal boundaries. Vice President Kamala Harris was tapped to preside over one of the nation’s biggest issues, but more than a year into her role as border czar, the White House has some explaining to do.

The White House was asked by a press pool on Monday what Harris has accomplished since she was assigned primary point of contact for the border crisis. Press Secretary Karine Jean-Pierre did not provide any details because she was unaware of Harris’ specifics.

“I don’t have anything to lay out specifically on what that work looks like,” press secretary Karine Jean-Pierre said.

"I don't have anything to lay out specifically on what that work looks like" pic.twitter.com/4e3vcBYonV

When the media called the VP’s office to request commentary, they declined to answer.

Is it really the case that the White House genuinely doesn’t know what the vice president is doing? If so, it certainly makes the Biden administration look terrible. They look terrible not just because of a serious lack of transparency since Biden’s inauguration, but also because they have a very visible communication crisis within their own offices. Jean-Pierre’s response makes her, and the administration, look totally clueless and messy.

Kamala has received widespread criticism for her poor management of the southern border. She was assigned to the role by President Biden in March 2021. Her mission was to tackle the migration issue and figure out the “root causes” of migration stemming from Latin America. She has only visited the border once (after intense scrutiny and only after former president Donald Trump visited it first) and hasn’t discussed anything about immigration since June. Clearly, handling immigration is not one of her priorities and she’d rather shift blame toward Republicans in the most partisan fashion possible.

Harris claimed Republican Texas Governor Greg Abbott committed a “dereliction of duty” for trying to enforce the law against illegal migration. I thought the Biden administration was open to receiving migrants. Why is it all of a sudden a problem when the governor delivers migrants directly to the President and Vice President? Constitutionally speaking, they are the ones in charge of handling the issue. Aren’t they?

Harris must remember that she is one of the top leading officials elected to represent the country. She needs to display a sense of urgency when it comes to solving an escalating crisis. She also needs to at least pretend she cares about this country.

The American people are concerned about the lack of security across the country, caused by illegal crossings and inadequate screening and vetting processes. She can’t just pretend to stand at a podium and say into the microphone that migrants “cannot come,” acting as if anyone at all would be deterred by her verbal commands.

The enforcement of existing laws and policies has to match their rhetoric. As of right now, that’s not happening. We want to know why.