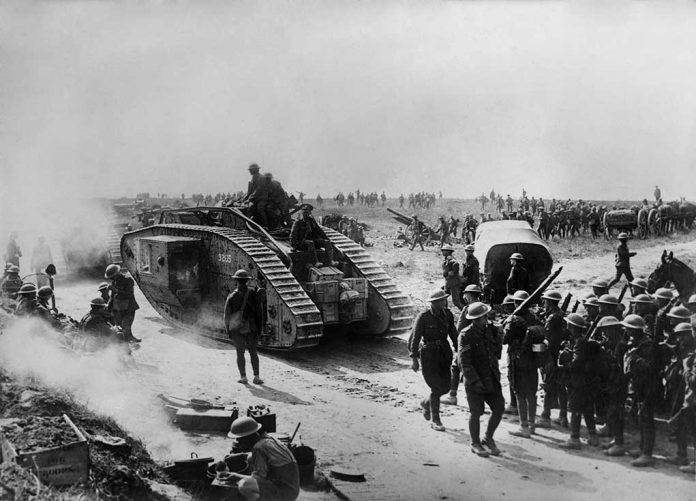 (USNewsMag.com) – When the conflict that would become known as World War I concluded after four years of brutal fighting, it was referred to as the Great War. It was only after World War II finished in 1945 that English-speaking historians began using the “world war” terminology to describe the two conflicts. It described a new type of warfare: an industrialized struggle in which almost every global power had a stake.

So, how did the First World War begin?

How Did It Start?

The First World War began in Europe after the assassination of Archduke Franz Ferdinand in Sarajevo. Ferdinand was the heir to the Austro-Hungarian Empire; his murderer was a Serbian nationalist acting in protest at the empire’s rule of Bosnia and Herzegovina.

Many of the world’s powers, including Austria-Hungary, blamed Serbia for the assassination. Conscious that Serbia had many allies, Austro-Hungarian leaders sought Germany’s military backing before going on the attack. Once Kaiser Wilhelm, the German leader of the day, agreed to support Austria-Hungary, the dual monarchy declared war on Serbia.

Which Countries Were Involved?

Russia, France, the United Kingdom, and Belgium sided with Serbia at the war’s outset and were known as the Allied Powers. Romania, Italy, Japan, and the United States would later join their cause. The Central Powers consisted of Austria-Hungary, Germany, Bulgaria, and the Ottoman Empire (Turkey).

Why Did America Enter the War?

America, led by President Woodrow Wilson, initially remained neutral in what was, at first, a European conflict. However, Germany’s navy sank several non-military vessels in 1915, including some American boats. Anti-German sentiment grew in the United States, and Congress eventually declared war on Germany in April 1917.

How Did It End?

German forces attempted to invade France via Belgium but found themselves locked in a trench-war stalemate that lasted several years. Bolstered by the arrival of US troops, the Allies eventually gained the ascendancy in Central Europe after the Second Battle of the Marne in July 1918.

On the far side of Europe, Turkey began to buckle under the pressure of war despite early successes. It agreed to a treaty with the Allied Powers in October 1918. Germany and Austria-Hungary both sought armistice before the end of 1918, ending the war. Although the devastating war is long past, it changed the face of warfare forever.