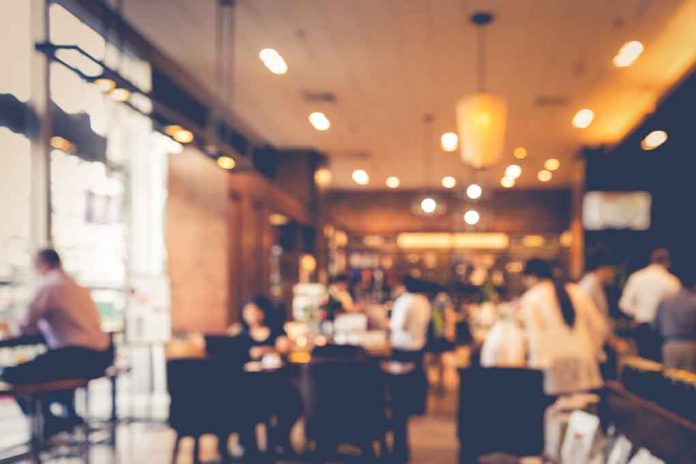 (USNewsMag.com) – A Virginia-based Christian group called the Family Foundation was refused service at a local German restaurant last week, just minutes before their reservation was set to take place. When someone from the Family Foundation received a call from the restaurant’s managerial team they were surprised to be told that their reservation had to be canceled because they disagreed on the political values the group represents.

The restaurant published a post on Instagram explaining the reason behind the decision. Metzger Bar and Butchery claimed they “have always refused service to anyone for making our staff uncomfortable or unsafe” and that it “was the driving force behind their decision. However, many are concerned that an all-of-a sudden public post with no clear-cut record of the number of times the restaurant has previously denied service to anyone may show this incident may have been targeted.

Richmond, Virginia restaurant Metzger Bar and Butchery canceled a Christian ministry’s private party just 90 minutes before it was scheduled to start because LGBT staff members refused to provide service for the event. pic.twitter.com/qb8Jsi5DQ0

The president of the Family Foundation of Virginia group, Victoria Bobb, lamented the situation but highlighted that after the incident made the news, many other business owners and individuals reached out to her to show her their support. So while the initial situation was not the most desirable one, it did have a better outcome. Regardless, Victoria still doesn’t believe it is right to discriminate against others based on their political views, even if you personally disagree with them.

“Everyone should be concerned that people are being denied service based on their politics,” Bobb said.

It would be interesting to see if the group decides to take matters further legally, considering that those on the Left have already sued individuals such as the Colorado baker who refused to bake a wedding cake for a same-sex couple due to his own personal, religious beliefs – and was taken to the Supreme Court over it. Luckily in 2018, the sane, common-sense, and Constitutionally-driven SCOTUS ended up siding with the baker.