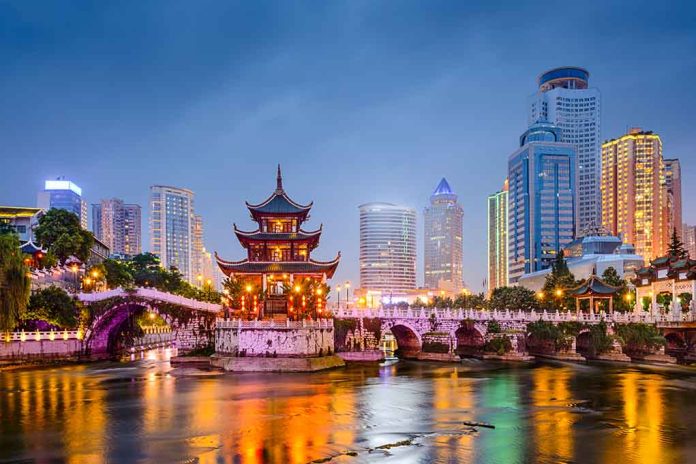 (USNewsMag.com) – Part of President Joe Biden’s Build Back Better plan includes a massive reduction in greenhouse gas emissions by 2030 in order to reach the goal of attaining net zero economy-wide carbon emissions by 2050.

One of the pillars of reaching the ambitious net zero goal is to transition the nation’s energy supply from fossil fuels like natural gas and oil to renewable energy sources like solar power and wind turbines. As of January 2023, China is a crucial producer of key materials for the manufacture of solar panels. Xinjiang, the province that has come under international scrutiny for alleged human rights abuses perpetrated against the Uyghurs, is responsible for 45% of the world’s polysilicon production. Polysilicon is critical for solar panels.

In response to the alleged slave labor of the minority population of Muslim Uyghurs in Xinjiang, the United States passed the Uyghur Forced Labor Prevention Act (UFLPA) in 2021 under which U.S. Customs and Border Patrol (CBP) is tasked with preventing imports from the region. CBP confiscated over 4,000 imports from January 2022 through January 2023, mostly consisting of solar panels. The estimated cost of the impounded imports is $1,306 million. The restrictions of the UFLPA have limited the supply of solar products in the United States and forced developers to revise “solar module costs up by 30-40%” according to Xu Chen of FTI Consulting, one of the largest financial consulting firms in the world.

In an effort to reach the net-zero goals on time, the United States is seeking alternatives to Xinjiang manufacturing.

The Inflation Reduction Act of August 2022 includes huge tax incentives for green energy initiatives in the United States. One company that aims to capitalize on these benefits is JA Solar, a Chinese company chaired by Jin Baofang. JA Solar has inked a deal to lease land in Phoenix, Arizona to construct a solar panel factory. The $60 million factory is anticipated to create 600 jobs in Phoenix using “highly automated assembly lines,” according to the press release from Arizona Commerce Authority on January 10, 2023.