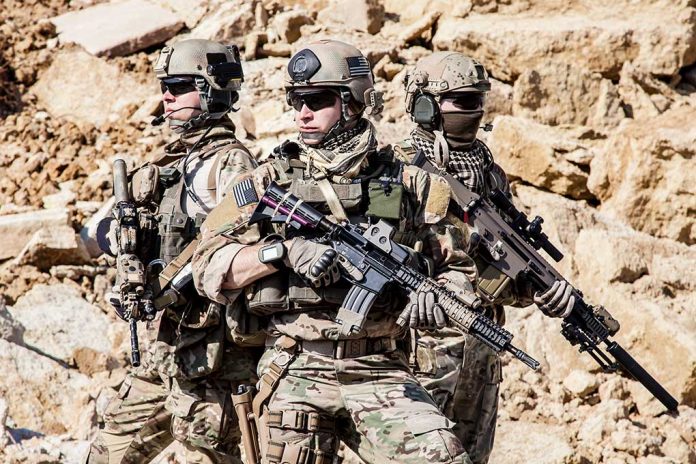 (USNewsMag.com) – President Joe Biden has made the troop withdrawal from Afghanistan one of his top priorities. As the military is bringing soldiers home, the Taliban is taking over. The group now controls 212 of Afghanistan’s 419 districts, but that doesn’t mean the militants are going unchecked.

On Thursday, July 22, the US military carried out two airstrikes on the Taliban, targeting captured American equipment. Pentagon Press Secretary John Kirby said the attacks happened over the last several days in order to support the Afghan National Defense and Security Forces (ANDSF). He said he wasn’t going to “get into technical details of those strikes.” Over the last 30 days, the military has carried out 6 or 7 attacks against the Taliban.

A top U.S general said that America will continue its support to Afghan army which is currently battling Taliban insurgents pic.twitter.com/59G1SGcruQ

The troop withdrawal is reportedly 90% complete in the country. The airstrikes are being conducted by drones. The Afghan military reportedly wants more airstrikes to help them in its fight against the Taliban. It’s unclear whether those attacks will continue after August 31, when all of the American troops are withdrawn.

The Pentagon has said it’s confident the Afghan military will be able to defeat the Taliban, but at the moment, it looks like they’re having a lot of trouble making that happen. Fortunately, for now, they still have the support of the US military.