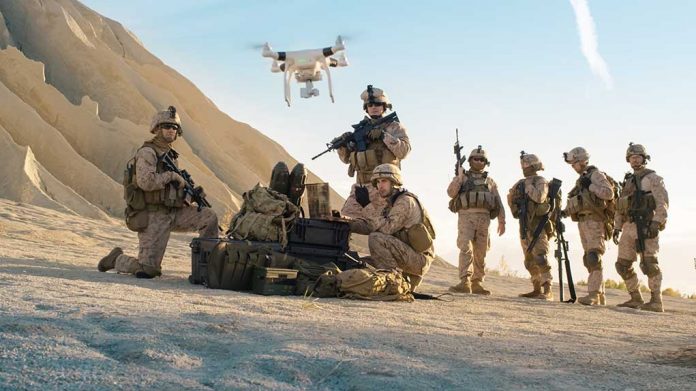 (USNewsMag.com) – The US has officially ended Operation Enduring Freedom, the country’s longest war. On Monday, August 30, just before midnight, the last military evacuation flight took off from Kabul, Afghanistan. However, President Joe Biden’s administration claims the fight against ISIS-K and other terrorists will continue.

The day after the war ended, Biden said he would pursue the terrorists in the coming days. He specifically mentioned ISIS-K, the group responsible for a suicide bombing that took the lives of 13 American service members. The president explained he believes the “best path to guard our safety and our security lies in a tough, unforgiving, targeted, precise strategy” to fight the threats. He also said he doesn’t believe that boots on the ground are necessary.

Biden’s comments suggest the US will now switch from a ground war to drone attacks. The military already started carrying out those strikes. Before the US left Afghanistan, the Pentagon said a drone strike hit a vehicle carrying explosives. Unfortunately, a family of 10, mostly children, lost their lives as a result of subsequent explosions from bombs packed into the vehicle.

"It's gone as well as it could do in the circumstances… but we haven't been able to bring everybody out and that has been heartbreaking and there have been some very challenging judgments that have had to be made on the ground." https://t.co/SbLr9Cl6d9

The administration has not discussed how it plans to fight the terrorists with the Taliban in control of the country. Although ISIS-K is an enemy of the new government, it’s unclear whether Taliban leaders will allow the US to carry out strikes now that they have officially declared an end to the war.