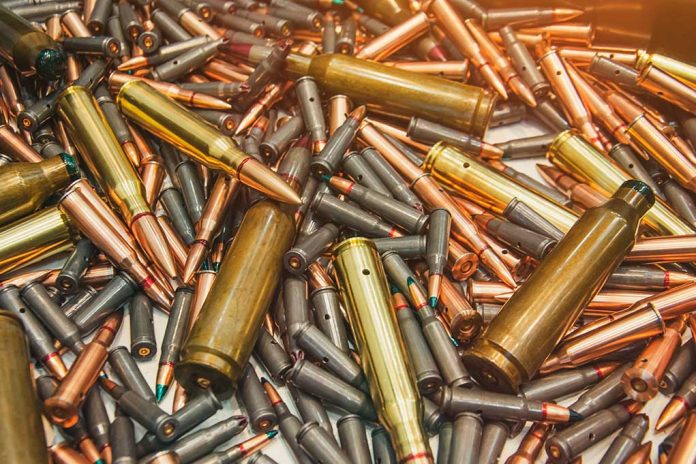 (USNewsMag.com) – Since Russia invaded Ukraine six months ago, the US has sent billions of dollars worth of aid. Much of it has come in the form of ammunition and weapons which now might be creating a problem for the American military.

The US has depleted its stockpiles of some types of ammunition in order to supply Ukraine. The Pentagon needs to begin replenishing those supplies, or it could have an adverse effect on our troop readiness, leaving the country vulnerable in the event of an attack.

A defense official said the level of 155 mm rounds, which weigh about 100 pounds each and are very lethal, has become “uncomfortably low,” according to a report in The Wall Street Journal. The military has sent more than 800,000 rounds to Ukraine.

new from us: The US mil is running "uncomfortably low" on 155mm ammo for howitzers thanks to the ton pumped into Ukraine, and the US army has yet to ink new contracts to replenish its own arsenal. me and @nancyayoussef @bkesling https://t.co/zerImCcXf3

Currently, the Pentagon is relying on existing agreements to increase production but has failed to sign new contracts to replenish stockpiles. American Enterprise Institute Senior Fellow Mackenzie Eaglen told the newspaper the problem is one that was “foreseeable.” The military knew it was going to happen, and “it was easily fixable,” but the government needed to spend the money to take care of it.

The government has the money to spend, having allocated billions for the war, but still hasn’t created new deals.

Are you concerned about military readiness in light of the recent news?