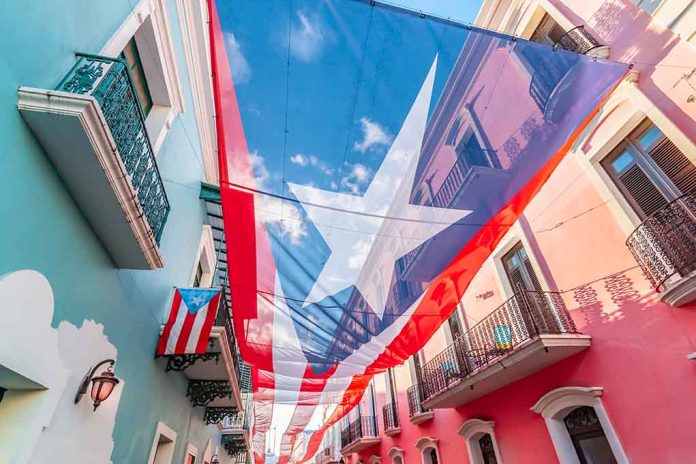 (USNewsMag.com) – The US House passed HR 8393 on Thursday, a historical move that would finally allow Puerto Ricans on the island to determine their political fate. The “Puerto Rico Status Act” was passed bipartisanly, with 16 Republicans voting in favor of the bill.

Though it may face additional hurdles in the Senate, this is the first time in recent history that a bill passed one chamber of Congress favoring US citizens in Puerto Rico. If the bill is ultimately passed, the measure would become a legally binding referendum that Congress would have to act upon. An objective and nonpartisan voter education campaign would make sure that as many Puerto Ricans will go out to vote as possible, ensuring a representative referendum.

Today, Congress takes a significant step towards finally assuming its responsibility to provide the people of #PuertoRico with an opportunity; a federally-binding choice to democratically decide our future among the three non-territorial, constitutionally viable options. pic.twitter.com/vWNZagL6Zr

Puerto Ricans will have the right to vote accordingly, whether that is in favor of statehood, independence, or sovereignty with free association with the US. The current status quo of Puerto Rico is that it is a US territory, but a freely associated state. Many critics condemn this current political status as “colonial” and outdated.

Although there have been several non-binding referendums in the past, this one would be different because it would not allow the current status quo to be voted on. It appears that most Puerto Ricans on the island value their US citizenship, and don’t plan on letting go of it anytime soon. Puerto Rico has held six different referendums on the issue, and on the last one that took place in 2020, 52 percent voted in favor of statehood.

Puerto Rico has been a US territory since the Spanish-American War in 1898. Although Puerto Ricans are US citizens from birth, they are denied representation in the way other states are allowed. The Jones-Shafroth Act of 1917, signed by President Woodrow Wilson, granted Puerto Ricans US citizenship. It also allowed Puerto Rico to construct its own local government, emulating that of the mainland.

Puerto Ricans are not allowed to vote for the president or for members of Congress while residing on the island. Interestingly enough, Puerto Ricans are allowed to vote for presidential candidates in the primaries but are ultimately prohibited from voting in general elections. They are also allowed one non-voting resident commissioner, an office currently occupied by Rep. Jennifer Gonzalez-Colón (R-PR).

I thought the US fought against the British colonialists because they were precisely against this type of governance. Talk about taxation without representation still taking place in modern-day history.