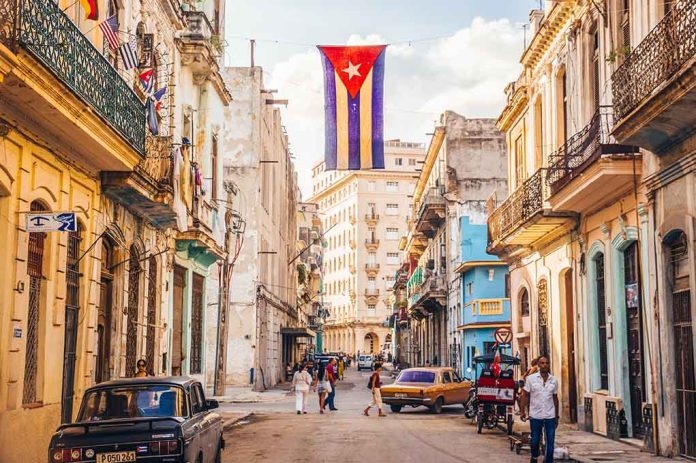 (USNewsMag.com) – In late November, the Department of Homeland Security inadvertently tipped off the Cuban regime that some of the refugees the agency sought to deport back to Cuba had asked the US for protection from persecution and torture, officials admitted last Monday.

Immigration and Customs Enforcement (ICE) accidentally uploaded a spreadsheet to its web page on November 28 that included the personal information of over 6,000 migrants seeking asylum in the United States. Among them were Cubans seeking protection from persecution and torture from the communist regime.

ICE officials are now scrambling to deal with the possibility that the Cuban government might retaliate against those refugees who sought US protection. ICE has paused its efforts to deport the Cubans in question and is considering releasing them from US custody.

Robyn Barnard, the associate director of refugee advocacy at Human Rights First, described the accidental disclosure as a “nightmare scenario” for asylum seekers.

Many refugees seeking safety in the United States fear that their families may face retaliation at home from the government itself, or from other gangs and individuals. To mitigate the risk, a federal regulation generally forbids the release of the asylum seeker’s personal details without a sign-off by senior Homeland Security officials.

Barnard said calling DHS’s disclosure “egregious and illegal” doesn’t go far enough. She said the Cuban regime isn’t just any foreign government, “but a government we have irrefutable evidence routinely detains and tortures those they suspect of being in opposition to them.”

Salazar blasted DHS for the “life-threatening and unacceptable” leak and urged Mayorkas to take whatever steps are necessary “to protect these individuals and reassess their asylum petitions.”