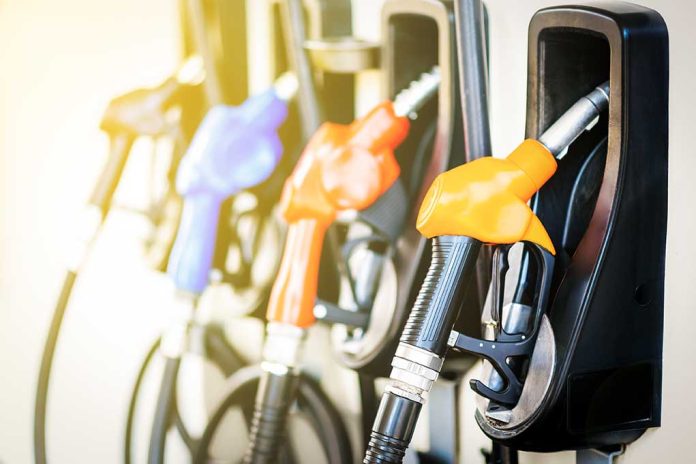 (USNewsMag.com) – As pandemic restrictions lift, more people are returning to their “normal” lives — including making the commute to and from work or school. For many, this means regular visits to the gas pump, where they’ve surely noticed steadily increasing prices. The American Automobile Association (AAA) says current rates are the highest they’ve been in the last seven years.

Staggered Prices Across the Country

Depending on where you are in the country, gas prices may vary significantly from the national average of $3.42 per gallon. In California, one of the most expensive areas to get gas at any given time, some drivers shell out up to $5 per gallon for fuel. On the other hand, people from Mississippi currently enjoy the lowest rates in the country, paying just $2.85 per gallon.

The rest of the US falls somewhere in between. Yet, frustration over skyrocketing costs continues to mount.

Higher prices mean more struggles, especially for low- to middle-class consumers, who suffer the brunt of the hit. In a time where many are struggling to keep up with bills and the unemployment rate continues to climb, higher gas prices only exacerbate existing economic disparities. But what exactly led to this problem?

Why Are Prices Increasing?

In 2019, under former President Donald Trump, the United States established energy independence for the first time since 1957. The energy produced on home soil exceeded consumer demand.

That independence carried over into 2020 but rapidly faltered in the first quarter. In fact, the United States only imported an estimated 887,000 barrels of petroleum in 2020. That’s a very significant difference from years past.

One of the biggest problems facing the oil industry right now is a lack of supply combined with increased demand. Natural disasters such as Hurricane Ida, which slammed into the Gulf Coast, also negatively impact production.

It’s quite literally an economic disaster with no end in sight.

Some point the finger at President Joe Biden for discontinuing Trump’s policies, driving prices up. One such order paused “new oil and natural gas leases on public lands or in offshore waters,” shutting down attempts at maintaining energy independence.

Unfortunately, the problems don’t stop there.

OPEC, short for Organization of the Petroleum Exporting Countries, is an intergovernmental agency responsible for the stabilization of oil markets and ensuring regular supplies of petroleum from its 13 member countries. The organization sets the production targets, depending on demand and agreements with consumers, including India and the United States.

Despite pressure to increase output, OPEC continues to hold firm on a production rate of 400,000 barrels per day. That isn’t enough to meet demand. The supply shortage raises the price per barrel; consumers take the hit at the pump.

Right now, officials have few options to resolve the dilemma. Consumers can expect prices to climb further and remain high until the shortage ends.