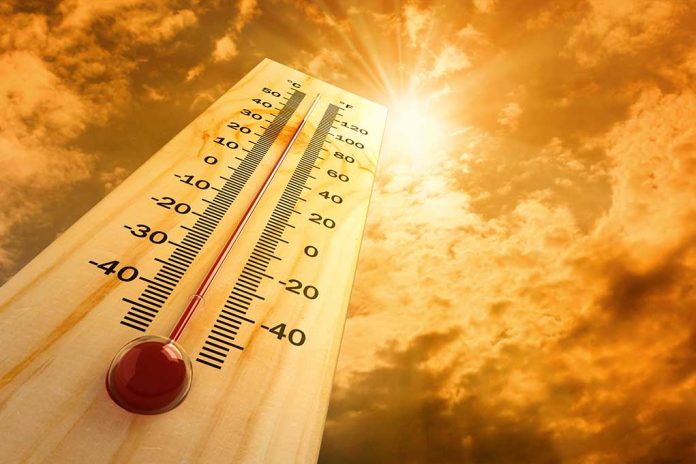 (USNewsMag.com) – Heat waves continue to plague parts of the US, many of which have experienced consistently high temperatures for months now. Indexes are soaring into the triple digits everywhere from North Carolina to Idaho. UPS workers are demanding a big change from their company in response to the intense weather.

On Thursday, July 28, UPS workers protested work conditions outside of a distribution center in Brooklyn. The employees want the company to install air conditioning in their delivery trucks. Unlike the US Postal Service and Amazon, UPS workers do not currently have access to ACs, which would allow them to cool off in their vehicles between deliveries.

UPS workers in NYC don’t have air conditioning in their delivery trucks and at least six drivers got sick on the job during last week’s heatwave. One worker said a supervisor reprimanded him for taking a 47-second pause for a sip of water because it was stealing company time. pic.twitter.com/a25lCj18oO

Sean M. O’Brien, a union spokesperson, claimed to NBC News that the company’s refusal to implement safety measures means it’s “literally sending drivers out to die in the heat.” In June, 24-year-old Esteban Chavez Jr. of Los Angeles passed away while delivering UPS packages. His family claims the death was related to heat stroke.

A UPS spokesperson told The Hill’s Changing America that workers’ “health and safety” is the company’s “highest priority,” claiming that “drivers are trained to work outdoors and manage the effects” of heat. They said fans are available to those who ask for one.

This latest incident isn’t the first time drivers have called on the company to install air conditioning in their trucks. Multiple online petitions dating back several years, which contain more than 1 million total signatures, showcase a well-documented history of complaints. A 2019 report revealed more than 100 heat-related illnesses suffered by drivers.

Do you think UPS should add air conditioning to its vehicles like the postal service and Amazon?