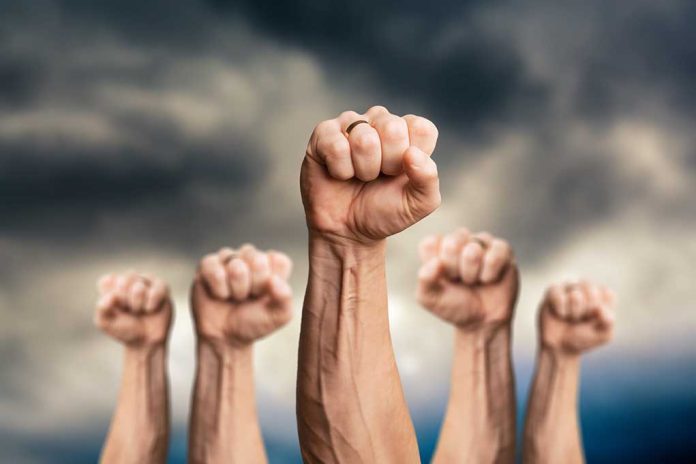 (USNewsMag.com) – On Saturday, September 17, Brigham Young University (BYU) and the University of Oregon faced off on the gridiron. The latter won the game against the Utah school in a 41-to-20 blowout. But it wasn’t the score that led to anger and a subsequent apology, it was the inappropriate behavior exhibited by several students.

During the game, University of Oregon fans erupted in an anti-Mormon chant after the opposing team scored its first touchdown. BYU is sponsored by the Church of Jesus Christ of Latter-day Saints. Utah Governor Spencer Cox (R) retweeted a video of the incident with a caption pointing out the hatred on display.

In a statement on Sunday, the University of Oregon apologized for the actions of its fans. The school said the bigoted chant was “offensive and disgraceful.” It went on to say the incident went “against everything the university stands for” and promised that its campus has “no place for hate, bias or bigotry.”

Oregon Gov. Kate Brown (D) also spoke out against the chants. She retweeted the university’s statement and called the incident “unacceptable.” The governor claimed the state strives to welcome all comers and said everyone “must do better.”

In Oregon, we strive to be a welcoming, inclusive state to all, regardless of race, religion, gender, or background. Our state and nation have an ugly history of discrimination and bigotry. The chant at yesterday's Oregon-BYU game was unacceptable. We must do better. https://t.co/q8aDJ6IMmg

There’s no word yet on whether any of the students involved will face punishment.