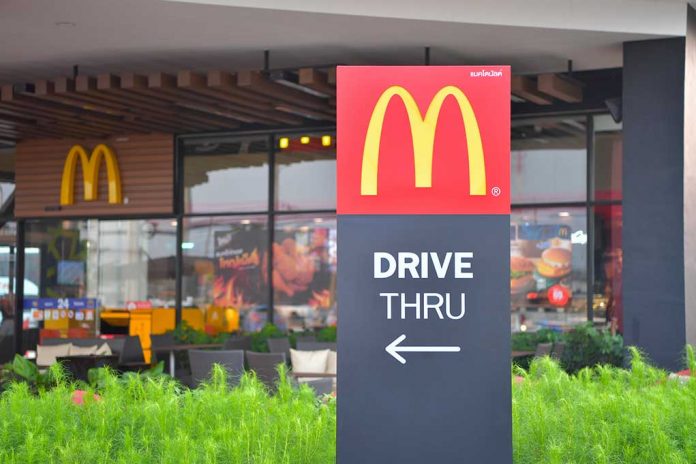 (USNewsMag.com) – Generally, when people go to McDonald’s, they want to buy something made from a cow. They don’t expect to see their potential meal riding in the back of a car in the drive-thru. That’s exactly what happened to a Wisconsin woman.

In August, Jessica Nelson was sitting in a McDonald’s drive-thru line when she looked over and noticed something odd: a cow in a Buick. She told the Associated Press she was so shocked by what she was seeing that she decided to start filming.

The owner of the car reached out to Nelson and told her there wasn’t just one calf in the car, there were actually three of them. The other two were lying down on the seat. The owner was driving the animals home after buying them at an auction.

It’s no wonder Wisconsin is called America’s Dairyland. Maybe the cows can help McDonald’s figure out how to fix their perpetually broken ice cream machines.