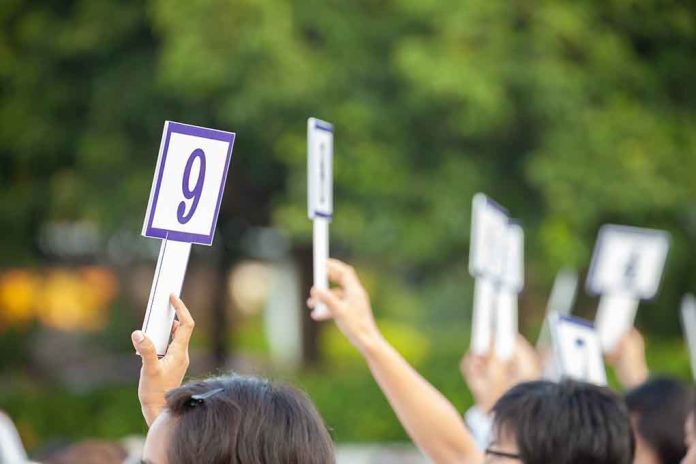 (USNewsMag.com) – In 1865, General Ulysses S. Grant led America to victory in the Civil War, beating the Confederacy and keeping the US a unified nation. Four years later, he became the 18th president of the United States. Recently, a pair of revolvers that belonged to him went up for auction.

On May 17, the Rock Island Auction Company in Illinois announced Grant’s revolvers sold four days earlier for a record $5.16 million. The Remington New Model Army revolvers were sold inside the case and the bidding originally started at $800,000 but apparently, the auctioneers underestimated just how much people would pay to touch history.

Ulysses S. Grant's Revolvers Bring $5.17 Million at Auction! It is the second highest price ever paid for a collector firearm.https://t.co/knB3ETsI7d

The guns were sold on the first day of the May Premier Action, a three-day sale run by the company. According to a press release, the former president’s revolvers were the most expensive item at the auction which brought in $28.2 million total. It was the second-largest auction in the company’s history.

The Rock Island Auction Company is a top firearms auctioneer in the country. In December 2021, the company also auctioned a set of six firearms presented to Napoleon Bonaparte — the French military leader who played a key role in the French Revolution in the late 1700s — that netted $2.875 million. The set of guns held the record for the top seller until Grant’s weapons sold.