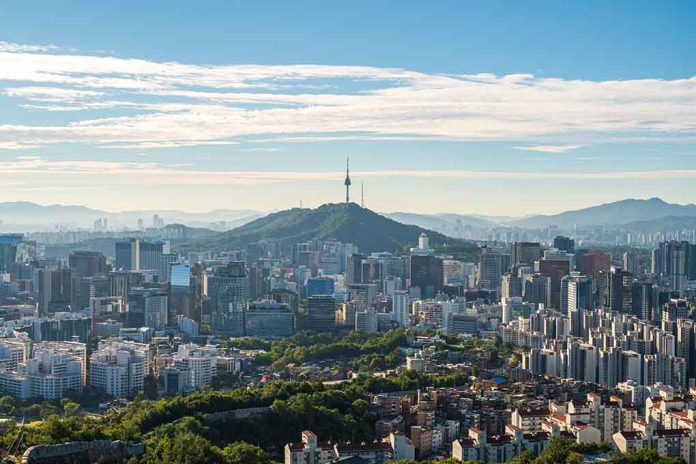 (USNewsMag.com) – As many as 100,000 people gathered in Seoul, South Korea’s most popular nightlife district on October 29. The crowds were squeezed down narrow streets in Itaewon as young people in their teens and 20s celebrated one of the biggest events since the government lifted the pandemic restrictions. Then, suddenly, the night turned into one of terror. When it was over, two Americans and more than 100 others were dead.

As of 9 a.m. Sunday, 151 people, including 19 foreigners, have been killed and 82 others injured in a deadly Halloween stampede in Seoul's Itaewon district. We offer our deepest condolences to everyone who lost loved ones in last night’s tragedy. #Itaewon #PrayforItaewon pic.twitter.com/g4NYqRwbOk

Sometime after 10 p.m., the crowd on one of the streets began to surge. According to The Guardian, witnesses said the crush of people was moving in different directions. The particular road was sloped, so people began to fall onto the ground, where they were then trampled on and crushed. The incident was similar to what happened at the Astroworld concert in Texas last year, where 10 people died — but on a much larger scale.

At least 154 people lost their lives in the Seoul stampede, including two American college students. Kennesaw State University student Steven Blesi, an international business major, was one of them. The 20-year-old was in the country with 10 others (the rest of whom are safe) as part of a school trip.

The other US citizen to lose her life was a University of Kentucky student, Anne Marie Gieske. The 20-year-old was the niece of US Rep. Brad Wenstrup (R-OH) and was studying nursing. Fox News correspondent Chad Pergram posted a statement from the congressman on Twitter — he said his family was “completely devastated and heartbroken over the loss” of his niece.

1) Rep. Brad Wenstrup (R-OH) says that his niece was killed in the Halloween party stampede in South Korea. His niece is Anne Gieske, a junior at the University of Kentucky.