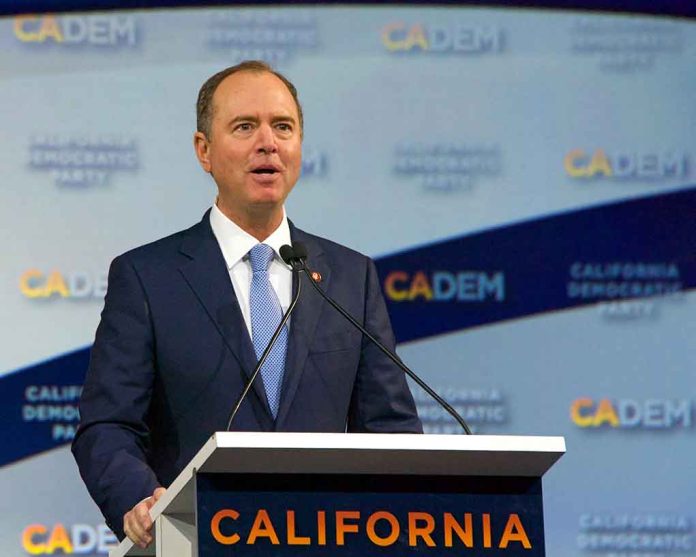 (USNewsMag.com) – On Tuesday, January 3rd, independent journalist Matt Taibbi released his latest thread of information detailing the inner workings of Twitter before Elon Musk purchased the company. Among the many bombshells dropped in the most recent release from the Twitter Files is an email from the office of Adam Schiff, the House Intel Committee Chief at the time, requesting that Twitter ban journalists Paul Sperry and Greg Rubini. Schiff’s office accused them of promoting “QAnon conspiracies,” but the response from Twitter indicated that after reviewing the accounts, only one was in violation of Twitter’s terms of service and eligible for suspension.

The email from November 2020 asked Twitter to remove content, suspend “many accounts,” suppress search results, stop the spread of “misinformation,” a term used very vaguely in this context, and “label and reduce the visibility of any content” that was not removed under the previous requests. Twitter denied the shocking requests even during a time when other Twitter Files releases have shown excessive censorship without due process was occurring behind the scenes at the company.

In their line-by-line response to Schiff’s office, a Twitter employee wrote “no” or “we don’t do this” in reply to almost every request. This shows that Schiff’s office was asking Twitter to censor on their behalf far above and beyond Twitter’s policies. While Twitter as a private company, is allowed to censor and moderate content, a government official requesting censorship is a violation of the First Amendment.

Though the requests were denied at the time, journalist Paul Sperry was eventually suspended from Twitter. Sperry believes it is because he “outed [the] anonymous impeachment whistleblower” responsible for triggering an impeachment against former President Trump. In fact, according to Matt Taibbi, the documents he has access to show that Twitter typically honored requests from intelligence agencies and the Senate Intel Committee to ban accounts.