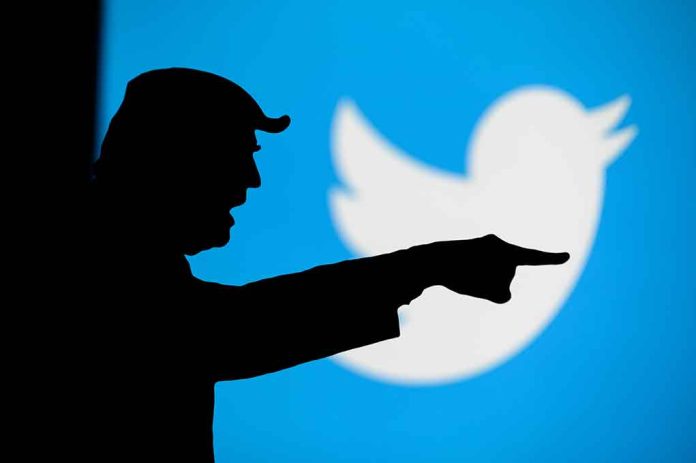 (USNewsMag.com) – Twitter CEO Elon Musk and journalist Michael Schellenberger released the fourth batch of “Twitter files” on Saturday, showing what officials and executives were up to shortly before former President Donald Trump’s account was permanently banned.

It seems that between January 6-8 2021, liberal pundits and political figures were communicating with Twitter executives, adding “internal and external pressure,” according to Schellenberger.

The Removal of Donald Trump: January 7

As the pressure builds, Twitter executives build the case for a permanent ban

Cancel culture was strongest during this period. Even former First Lady Michelle Obama was calling for Trump to be permanently banned not just from Twitter, but from every popular platform.

What is interesting to note is that Trump was temporarily suspended shortly after the Jan. 6 riot. But Twitter also has a policy known as “public interest exceptions.” This exception should have allowed the former president to be excluded from a permanent ban because of the great public interest in the former elected official’s comments. However, with the added pressure by political figures that did not hide their hatred towards him, Trump was still banned, which made the move more politically motivated than ever.

The rules and reasoning behind the “public interest exceptions” is what ultimately convinced Elon Musk to reinstate Trump’s Twitter account, especially as Trump is running for re-election. The exceptions rule allows for official political or government accounts to preserve Tweets on the platform if it means that it will serve the general public, especially with the purpose of maintaining transparency and open channels of communication – even if it means certain individuals may disagree with a certain Tweet or feel offended by the content within it.

While it makes sense for a private app to have its own guidelines and rules, what makes the process more frustrating is that executives cannot leave their implicit bias at the door the moment they walk into Twitter as official employees. It’s almost like separating a person’s political identity and fulfilling one’s job without allowing their own personal feelings to get in the way of making a proper, impartial decision is no longer the norm. It should have always remained such.

Trump has yet to actually return to his Twitter account, despite it being reinstated. He has previously expressed to Fox News Digital that he would rather remain on his new social media platform, Truth Social than issue a new tweet anytime soon.

Not only is it great karma for those that sought his total censorship, it means that Trump has the freedom to express what he wants to say whenever he wants to, without fear or backlash from the ultra-liberal Twitter execs.

It’s almost a no-brainer for him to decide not to come back on Twitter. After all, the existence and survival of Truth Social so far prove that as long as you have enough money and sway, you can just establish your own platform. Besides, real competition among Big Tech corporations may finally break away from the toxic monopoly and establish a healthy, competitive free market once and for all.