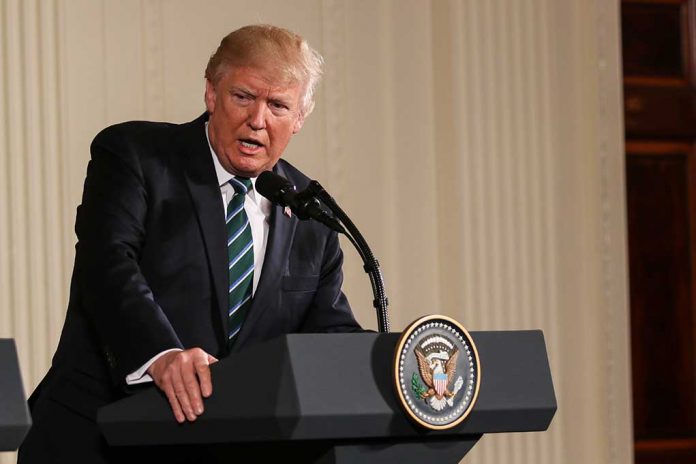 (USNewsMag.com) – President Joe Biden has said the US will try to evacuate every American and Special Immigrant Visa applicant (SIV) who wants to leave Afghanistan. One way the administration is trying to get them out is by sharing a list of names the US wants the Taliban to allow to safely exit the nation. Critics, including former President Donald Trump, have slammed the move. Some have even said the administration handed over a kill list.

In an August 26 interview with Sean Hannity, Trump slammed Biden for the way he’s handled Afghanistan. The former president called it an embarrassment and said the US looks like fools. He said the administration gave the Taliban a list of Americans so the terrorists could “just knock on the door and grab them and take them out.”

U.S. officials leaned into the Taliban for safety by handing them lists of Americans and Afghans that were evacuating.

Let me repeat: U.S. officials entrusted the Taliban with a kill list of Americans and Afghans.

When POLITICO broke the story, it had quotes from military officials who did not support the decision either.

President Biden told the press that he was unaware of such a list, but did not rule it out. The administration maintains that the cooperation of the Taliban is key to getting the refugees and Americans out of the country.