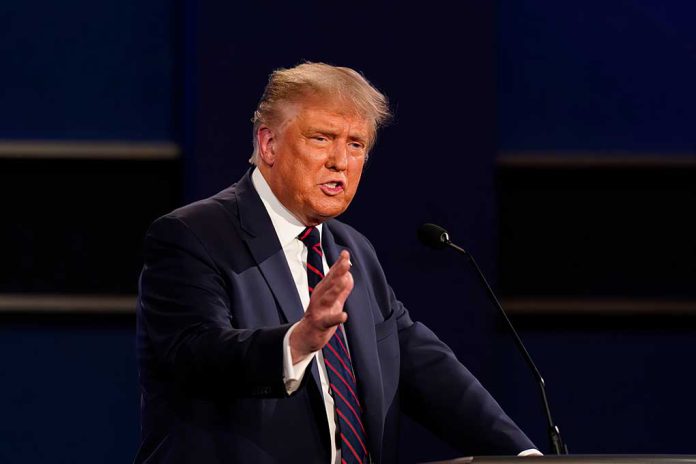 Trump Asks SCOTUS To Block Release of His Tax Records

(USNewsMag.com) – Former President Donald Trump has been fighting to keep his tax records from the House Ways and Means Committee since 2019. His attorneys recently took the fight to the Supreme Court.

On Tuesday, November 1, Chief Justice John Roberts issued a temporary administrative stay to allow Trump to keep his tax records away from Congress. The decision came after the former president’s attorneys appealed a ruling by the US Court of Appeals for the District of Columbia Circuit. The lower court ruled the House committee had a right to see his tax returns.

In the short ruling, Roberts stated the congressional committee has until November 10 to file a response to the lawsuit brought by the former POTUS.

John Roberts has granted a temporary "administrative" stay in Trump's bid to stop a House committee from obtaining his tax returns. This is not a ruling on the merits of Trump's request; it merely keeps the lower-court ruling on hold while SCOTUS considers the request. https://t.co/7WrSBrZlFh pic.twitter.com/CVweLTl9S0

In 2019, Rep. Richard Neal (D-MA) asked to see the former president’s tax returns and the documents from his business entities. He claimed the committee was investigating whether Congress should change the laws.

Roberts’ decision could mean Democrats won’t be able to get ahold of the taxes because the GOP could take control of the committee next year. That means if Trump can slow the investigation down just enough, he might be able to avoid handing the paperwork over altogether.

Do you think Congress should be able to obtain the former president’s taxes?