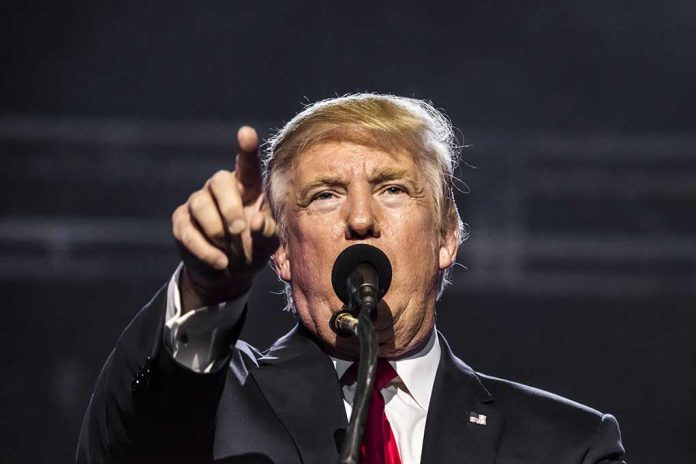 (USNewsMag.com) – Many conservatives have criticized the way Joint Chief of Staff General Mark Milley handled the withdrawal from Afghanistan. Former President Donald Trump, who appointed him, is among his critics. Recently, the 45th POTUS slammed the general while at an event in Florida.

On Saturday, December 3, Trump held an event for Turning Point USA at Mar-a-Lago and discussed the disastrous withdrawal. The former President said he realized Milley was a “f****** idiot” after the general suggested leaving billions of dollars of military equipment in Afghanistan was cheaper than bringing it home. Trump was incredulous when Milley made the remark, and when President Joe Biden took over, they did leave the equipment in the country. Now the Taliban, our enemy for 20 years, is using it to wage terror in Afghanistan.

During the event, Trump also attacked the media. He said the American people don’t have a press because it’s “so corrupt.” He went on to say the media will take something good conservatives did, spin it, and report it as something bad. “It is the most dishonest group of people,” Trump told the crowd.

The crowd of young conservatives laughed at the former President’s jokes and had a good time. The reaction showed just how much his supporters still care about his opinion.