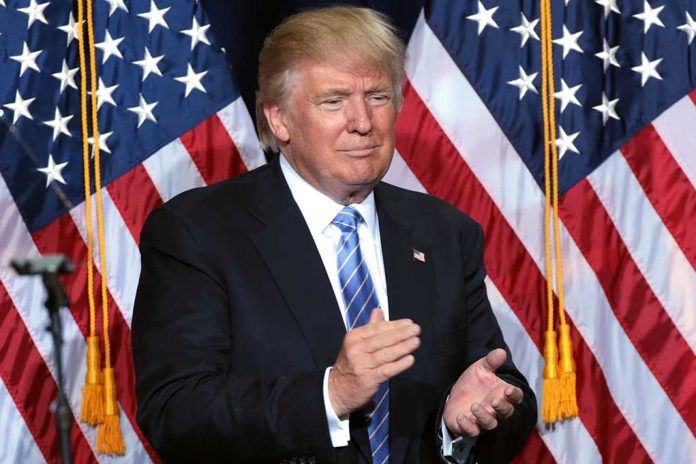 Trump’s Endorsements Are About To Unseat Incumbent Democrats

(USNewsMag.com) – When the COVID-19 pandemic hit America, Michigan Governor Gretchen Whitmer (D) found herself under intense scrutiny. She was constantly called out for her hypocrisy when she issued draconian lockdown measures yet seemed to skirt them all. Who could forget when she told her residents to avoid out-of-state travel and prevented people from visiting their loved ones in nursing homes, yet flew to visit her father in one such facility in Florida?

Over the last two years, Michiganders have made it abundantly clear they’re fed up with Whitmer’s policies. Now, it looks like there might be some hope for residents after the Tuesday gubernatorial primaries ended with Republican Tudor Dixon on top — finally, there could be some real competition come November.

Who Is Tudor Dixon?

Dixon, whose father owned West Michigan Steel foundry, is widely unknown in the world of politics, but that’s because she’s also relatively new. She decided to enter the field after working in the media. According to Dixon, this election campaign is “personal” because of the strict COVID-19 measures put into place that affected her in two ways. Her children suffered from school closures, and her grandmother, who lived in a nursing home outsiders were prohibited from visiting, died from “failure to thrive” during the pandemic.

She’s a staunch conservative with pro-life beliefs and is of the mind that former President Donald Trump was the rightful winner of the 2020 election. He endorsed her during the campaign, proving that his name still very much carries weight within the party.

During the GOP gubernatorial primary, Dixon was a shining star. According to the election results, she ran against four other Republicans, beating out her closest opponent, Kevin Rinke, by 18.7%. She will face Whitmer, who ran unopposed Tuesday, in November. The primary wasn’t without controversy, though. Several Republicans, including James Craig, a former Detroit Police Chief, were disqualified. This worked in Dixon’s favor, though, as it propelled her to the top amid a slew of underdog candidates, increasing her chances of winning the primary.

Cook Political Report originally listed the governor battle as a toss-up but changed it to “Lean Democrat” when the chaos surrounding the candidates being disqualified emerged. The Republican Governors Association, however, is confident Dixon will help put an end to “Whitmer’s disastrous tenure.” The organization released a statement saying, “Michigan voters sent a clear message tonight.” It’s throwing its support behind the victorious newcomer in hopes of turning the Great Lakes State red.

Do you think Dixon has what it takes to unseat Whitmer this November?