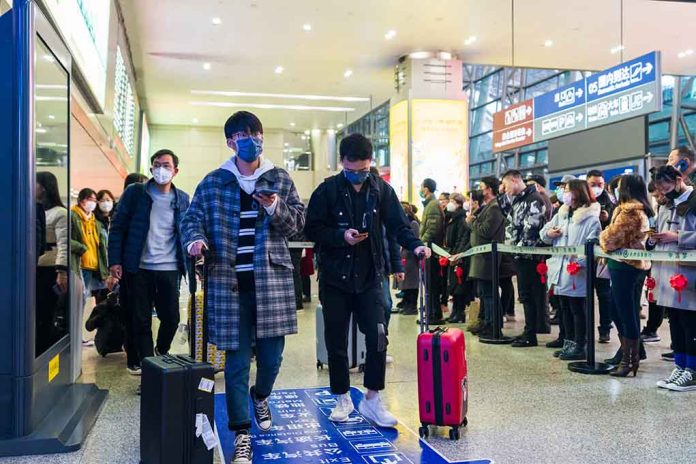 (USNewsMag.com) – Title 42 will remain in effect for the time being, a major win for the coalition of attorneys general fighting to prevent the Biden administration from ending the Trump-era policy.

Title 42 is a clause in the Public Health Services Act of 1944 which allows for the expulsion of travelers and immigrants who pose the risk of spreading a communicable disease to the public. During the early days of the pandemic, the CDC decided to implement Title 42 as a public safety measure. Trump’s administration was then able to use the extra authority to expel migrants in an effort to prevent the spread of COVID-19. The title also allows for the quick expulsion of asylum seekers who would normally wait months or years for a court date to determine their eligibility for asylum based on normal immigration law.

A group of attorneys general that represents many of the states most likely to be negatively impacted when Title 42 ends took the case to the Supreme Court in an effort to overturn Judge Sullivan’s ruling and keep the policy in place. The Justices, split 5-4, decided that Title 42 will remain in effect until they hear the case. That hearing is scheduled for February.

Large migrant camps have formed in Mexico near the border consisting of people who were expelled since the invocation of Title 42. It is predicted that once the extra authority granted in the name of public safety comes to an end, many of those people will attempt to reenter the United States.