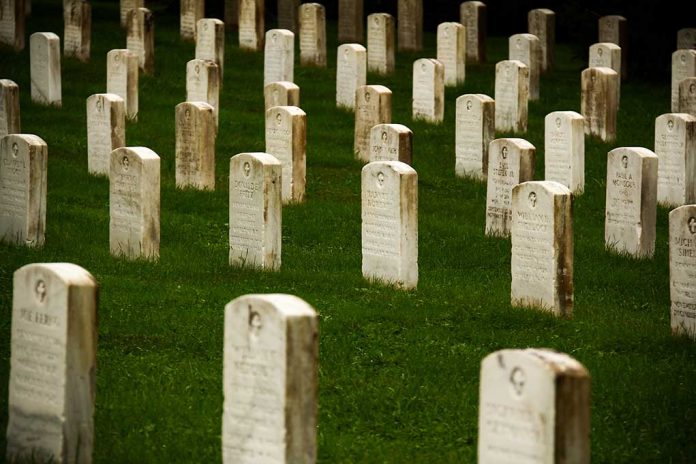 (USNewsMag.com) – The Civil War was a defining time in our country’s history. One that’s enthralled history buffs and enlightened generations.

If you’re one of those people who can’t seem to get enough of this historic period, you should take a Civil War road trip. While the battle covered 26 states running from the east coast and as far west as Texas, the most popular tourist destinations lie along a path running from Pennsylvania to South Carolina.

Running north to south, the path you take gets the name Carolina Road or Hallowed Highway. It was the path troops would walk between the northern and southern states to fight battles during the war.

There’s no true Carolina Road in existence today, although some parts of the original trek fall on various state routes. The main path runs along Route 15, starting in Pennsylvania.

You’ll have to map out your trip depending on which sites you wish to see as you may need to venture off the main trek for some stops. The main idea is to start in Pennsylvania, moving into Maryland, Virginia, North Carolina, and ending in South Carolina.

One of the best places to begin your trip is in Gettysburg. This city is home to many historic sites. It was here, in the Soldiers’ National Cemetery, that Lincoln gave the Gettysburg Address.

You will also find the war fields where troops fought the largest battle ever in North America at the Battle of Gettysburg. This battle was the turning point of the war and ended all of General Lee’s attempts to move Confederate troops into Union territory.

Maryland has a few significant sites you’ll want to see. Here, you can follow the Maryland Civil War Trail markers that’ll ensure you don’t miss anything.

Points along the path include Landon House and the National Museum of Civil War Medicine. You also want to make sure to pay your respects at Antietam National Battlefield, which is near Sharpsburg. This is the site of the bloodiest one-day battle of the war, and it’s the fight that led to Lincoln issuing the Emancipation Proclamation.

You won’t want to travel through Virginia without stopping at Manassas National Battlefield Park where you can often see war reenactments. The state is also home to the site of the First Battle of Bull Run where Stonewall Jackson earned his nickname.

Of course, you must go to the Appomattox Court House National Historical Park, which is where the war came to an end in 1865 when Lee surrendered to Grant. You can also follow Civil War trails that Lee walked as he made his way to Appomattox. There’s a cell phone tour that makes it easy to follow.

As you proceed, you’ll move into North Carolina where you can visit the Bentonville Battlefield and follow the route the soldiers took, called the Confederate Line of March. You can also catch reenactments here at various times throughout the year.

Other sites to see include Bennett Place, which is where General Joseph E. Johnston surrendered to General William T. Sherman in 1864, and Averasboro, which is another battle site featuring exhibits.

You can also visit the H.L. Hunley, which is a Confederate submarine featuring exhibits and informative films about the war. A nice last stop is Magnolia Cemetery. This is the last resting place for many Confederate soldiers and signers of the Ordinance of Secession.

The Civil War is a major part of US history. It’s a source of fascination that draws people to the sites and areas where so many lost their lives protecting the union and working towards a better country. As you plan your trip, take time at each stop to embrace the historical significance and to honor the sacrifices it represents.