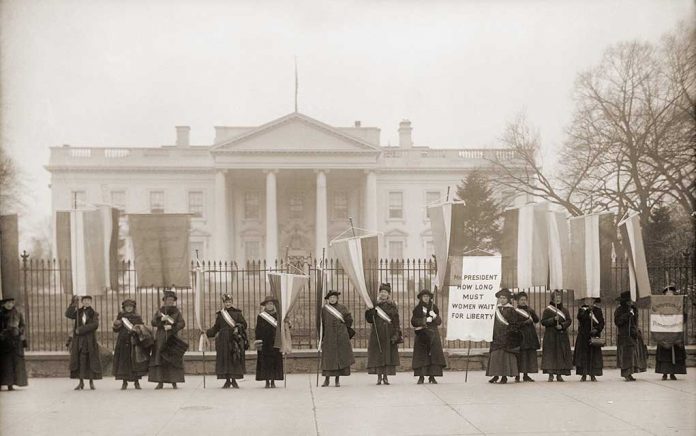 (USNewsMag.com) – On August 26, 1920, women in the United States gained the legal right to vote for the first time under the 19th Amendment. It took strong women who were willing to oppose the popular opinions of the time to fight for this amendment’s passage.

It allowed women to have a more equal position in society. Gaining the right to vote also let women become involved in politics, but it was a long fight to get to this point.

Women had felt slighted by laws that denied them fundamental rights, such as having a claim to the money they earned, owning property, and being able to vote. Some of the more outspoken of these women decided to begin the fight to gain the right to vote.

The First Women’s Rights Convention took place in 1848 and was led by Elizabeth Cady Stanton and Lucretia Mott. These women and their supporters used this convention to come together for the primary goal of taking the fight for the vote, or women’s suffrage, to a national level.

The women’s rights movement was in full swing, with women’s suffrage as the primary focus. The group included notable names, such as Susan B. Anthony.

In 1869, Stanton and Anthony formed the National Woman Suffrage Association (NWSA). The group lobbied for Congress to vote on the topic of women’s right to vote. The House of Representatives passed the measure in 1878, but it faced defeat in the Senate in 1886.

Wyoming was the first state to give women the right in 1869. Soon, Idaho, Utah, and Colorado followed. A total of 16 states and the Alaska territory gave women the right to vote before the passage of the 19th Amendment.

The movement gained a powerful ally when President Woodrow Wilson decided to support women’s suffrage when it went before Congress again in 1918. However, it did not pass at this time.

In 1919, a Republican from Illinois brought the amendment proposal before the House of Representatives again. It passed and went to the Senate, where it finally passed on June 4, 1919.

Creating a constitutional amendment requires ratification by three-fourths of states. It took until August 18, 1920, for enough states to ratify it. The Amendment was added to the constitution on August 26, 1920. However, it wasn’t fully ratified by all the states until March 22, 1984, when Mississippi became the last state to do so.

The fight for the right to vote took decades of work by women who weren’t willing to give up. Since it took so long, the first leaders of the movement didn’t live long enough to see the 19th amendment’s passage. However, their legacy lives on as women across the country head to the polls every election day to cast their votes.