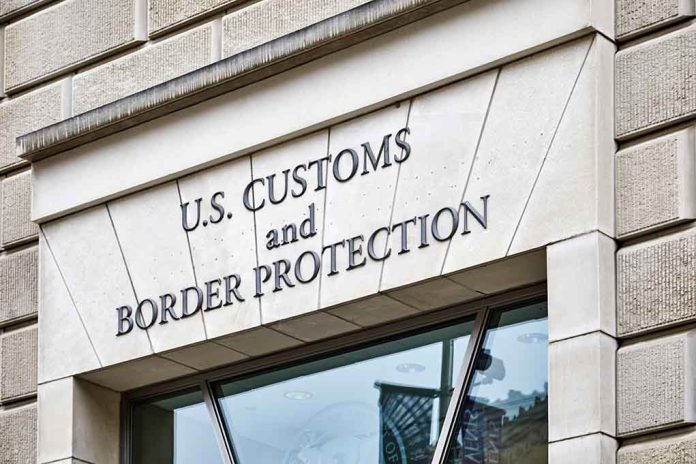 (USNewsMag.com) – Congressional Representative Dan Crenshaw (R-TX) introduced a bill on Friday, December 2nd, that would provide bonuses of up to $250 per pay period to increase morale and help Customs & Border Patrol agents dealing with a record-breaking influx of illegal immigrants at the border.

The bill titled the Customs and Border Protection Crisis Hardship and Incentive Pay Act is designed to empower CBP agents that are giving their all on the front every day to ensure the country is safe from criminals, cartels, and deadly fentanyl. This is as the Biden administration continues to undermine their efforts while incentivizing policies that resemble being more “open border” and less strict compared to Trump-era policies.

Our CBP officers have bore the brunt of the Biden-Harris-Mayorkas border crisis—including dealing with cartels and deadly fentanyl.

I’m introducing the CBP Hardship and Incentive Pay Act to compensate them for their hard work on the front lines.https://t.co/dcQlOstdQO

Commenting on the proposal, Rep. Crenshaw said CBP agents deserve this compensation because they’ve “suffered hardships – including longer working hours, being pulled off the line, and seeing the border they swore to protect left open because of negligence and apathy(…)This effort is a start.”

Numbers of illegal crossings at the US-Mexico border have only skyrocketed since President Joe Biden took office, and many Republican officials have been calling for US Secretary of Homeland Security Alejandro Mayorkas to either step down or be impeached from office.

More than 1.7 million immigrants were encountered in the fiscal year 2021 and more than 2.3 million in the fiscal year 2022, according to the latest CBP data. Fox News also reported that in FY 2022, more than 600,000 migrants successfully evaded being captured by CBP agents. So far in FY 2023, which began in October, more than 137,000 people were able to illegally cross the border without being caught. This continued trend is concerning, considering the number of unknown individuals that are escaping into the interior of this country and how many may have undetected criminal records.

It’s Terrifying to consider the number of individuals on the US terrorist watch list that may have either attempted or successfully gotten away from federal agents. It’s not so difficult, though, especially as CBP data reveals about 98 people on the terror watch list had been apprehended after trying to sneak into the country in FY 2022.

The threat of fentanyl pouring through American communities continues to be a major issue as cartels take advantage of a porous border and smuggle not only drugs but also individuals that are not being properly vetted by federal authorities. In the fiscal year 2022 alone, close to 100 individuals on the US Terrorist Watchlist had been intercepted, and hundreds of thousands of illegal migrants, or “gotaways”, were able to escape being caught by Border Patrol agents.