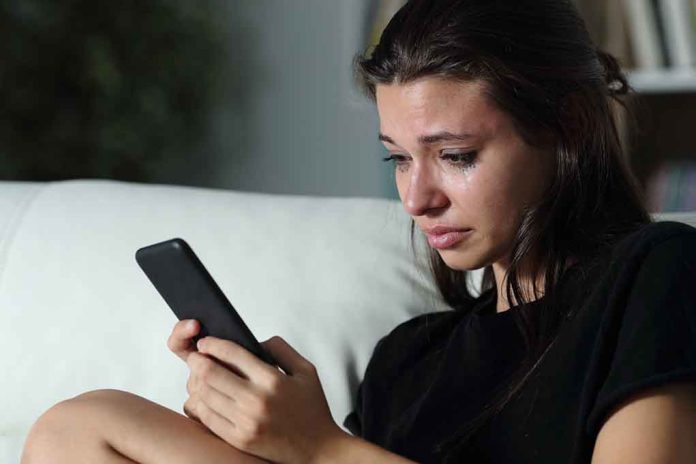 (USNewsMag.com) – A recently released survey by Pew Research revealed that nearly half of American teens are being bullied online or have experienced some form of cyberbullying. Even more concerning is that parents may not be fully aware of the gravity of the situation.

Another Pew survey conducted with adults showed that parents are more concerned with their children seeing explicit content than the possibility of their children being harassed online. They are also more likely to cite excessive time on social media and distraction from conducting their homework among priority concerns. Cyberbullying was ranked sixth out of eight in regard to top social media concerns.

NEW: 46% of teens ages 13 to 17 report ever experiencing at least one of six cyberbullying behaviors we asked about. https://t.co/YK71axCBYs

Since parents don’t tend to check in on their children as often as experts think they should, many are concerned about being overbearing, and they are less likely to know whether or not their children are being bullied online. Sometimes children themselves feel embarrassed or ashamed to even mention it to their parents.

The teen-oriented survey found that 46 percent of kids aged 13 to 17 had experienced at least one type of cyberbullying, while 28 percent experienced multiple forms. The six types of cyberbullying the survey asked teens to identify included (ranked in order of most likely to least likely):

Teen girls are more likely to experience cyberbullying and harassment than teen boys. It is more important than ever for parents to become more aware of their children’s social media usage either to prevent cyberbullying or to identify it before the situation unravels into something worse. Parents don’t necessarily have to act like helicopter parents around their children, but establishing both rules for social media usage and open channels of communication may lead to increased mutual trust.

Out of an abundance of caution, parents should talk to their children about general safety tips and how they should conduct themselves on social media platforms. Warning about the potential consequences (sometimes even criminal) related to bullying others may help reduce more cases related to cyberbullying.