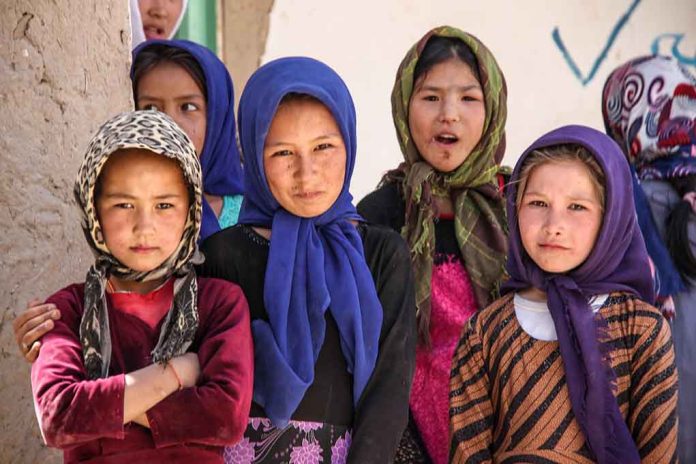 USNewsMag.com) – To this day, women in many countries still do not enjoy equal treatment compared to their male counterparts, including access and right to education. Afghanistan is one such country. On Tuesday, the Taliban announced that women are immediately suspended from attending private and public universities within the country.

We saw an equally horrific ban in August of 2021, prohibiting girls from going to high school. Education for women is now banned past the sixth grade. The changes began shortly after the Taliban takeover of Afghanistan. The idea behind this radical, fundamentalist Sunni ideology is that women are viewed as inferior to men. It is believed that the Taliban’s supreme leader, Mullah Haibutullah Akhundzada, subscribes to the idea that women are supposed to tend solely to their households.

Several male university students have bravely walked out of their classes in a sign of protest against the Taliban’s move.

Male university students have walked out of their exam in protest against Taliban’s decision to BAN female students from university education.

This must happen across the country NOW!pic.twitter.com/kvvsQdchSu

A number of excuses have since followed,, including stating the bans were “temporary,” motivated by a desire to review existing curriculums, uniforms, and other related items before they re-consider allowing women to go back to school.

Many women reacted to these abrupt changes with frustration and tears. NPR highlighted the personal story of a woman named Zahra, who was about to undergo final exams in Kabul, Afghanistan’s capital. Just days away from finishing her art degree, Zahra found out that the Taliban implemented the ban. She felt so much anger she couldn’t even bring herself to cry.

“The Taliban took our last hope from us. The female students had their last exam tomorrow,” she said on Tuesday. “But the Taliban closed the gates of university today.”

Mid-level and high-level officials in Afghanistan, surprisingly including some closer to the Taliban, are hoping increased awareness, condemnation, and pressure from the international community may make the Taliban feel like there’s no other choice but to continue allowing women to attend school.

They expect this minimum standard, especially since Afghans are undergoing critical humanitarian crises and the economy is in turmoil due to the sanctions implemented against them from countries such as the US. The international community refuses to recognize the Taliban government as legitimate.

A US State Department spokesman criticized the move by the Islamic leaders, calling the gender-based discriminatory ban “indefensible.”

.@StateDeptSpox: The U.S. condemns the Taliban’s indefensible decision to ban women from universities, keep secondary schools closed to girls, and continue to impose other restrictions on the ability of women and girls in Afghanistan to exercise their human rights. pic.twitter.com/IGkjxl59lT

It’s tragic and unfortunate that women still face gender-based discrimination and cannot live their lives peacefully, no matter what part of the world they may reside in.