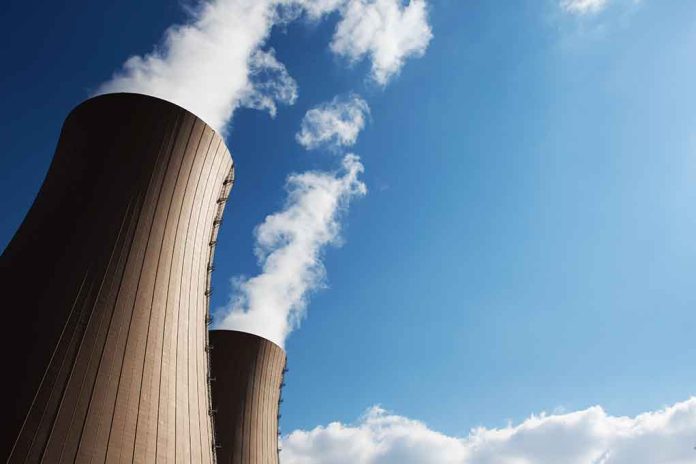 (USNewsMag.com) – Despite having an unreliable electrical grid, California’s Governor Gavin Newsom is calling for increased use of electric vehicles in his state. On the other side of the world, on the other hand, Switzerland’s officials are considering proposals to restrict the use of EVs to prevent anticipated blackouts and limit energy shortages throughout this upcoming winter.

In an effort to reduce overall energy consumption, Swiss officials are considering limiting heating temperatures and non-essential rides on EVs as part of their more drastic plans. According to the Telegraph, they are also considering limiting streaming services and shop opening hours, as well as outright bans on sports matches, concerts, and theater performances. Many critics and observers are drawing comparisons to COVID-related restrictions.

Although 60% of Switzerland’s energy depends on hydroelectric power, they rely more on imports during the colder months– especially those from Russia. The irony is that Switzerland, like the rest of Europe, recently adopted “climate-friendly” policies and signed up for an ambitious energy transition plan called Energy Strategy 2050, which would phase out nuclear power, reduce greenhouse gas emissions, and maintain a secure energy supply – all while increasing reliance on renewable energy. But even renewable energy can only go so far without the continued dependence on fossil fuels, nuclear power, and natural gas.

Asking Swiss residents and businesses to cut back on energy consumption is not only unfair but also unrealistic. Switzerland could benefit from increased nuclear power as it is a zero-emission, cleaner, and safer energy source than, for example, fossil fuels. Even energy expert and author of “Fossil Future”, Alex Epstein, agrees with this statement:

Myth: Nuclear is too expensive, so we should use solar/wind instead.

Truth: Solar/wind can’t provide reliable energy; nuclear can. And nuclear is only expensive because it has, with the help of many solar/wind activists, been falsely labeled unsafe and effectively criminalized.

With the ongoing war between Russia and Ukraine, and Europe’s growing sentiment to limit imports of natural gas from Russia, Switzerland faces a real problem. More than 45% of gas is imported from Russia, which is more than what it imports from the European Union as a whole (19%). And even if they wanted to increase reliability on renewable energy, a study by McKinsey & Company revealed the Swiss country could still fall short of closing the gap between supply and demand by the year 2050.

If Switzerland wanted to put its money where its mouth is, it would need to act sooner than later on importing gas from less hostile countries while also pausing any phasing out of nuclear power plants. Their electrical grid is already fragile enough. Switzerland, much like the United States, needs to use the resources already readily available and increase both its own energy independence and national security.