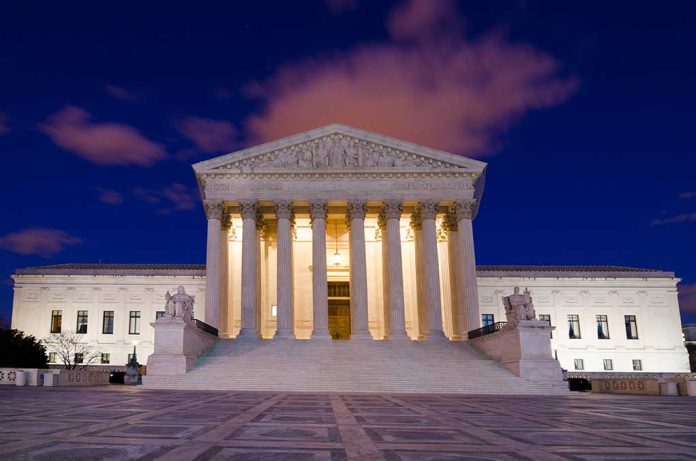 (USNewsMag.com) – President Joe Biden has made climate change a key piece of his agenda. So far, the commander-in-chief hasn’t been able to get much of anything through Congress even though Democrats are in control. Now, the Supreme Court could put a wrench in one of his other key policies.

On Monday, February 28, the Supreme Court heard arguments in a case questioning whether the Environmental Protection Agency can regulate the carbon emissions of power plants. Oral arguments in the West Virginia v. EPA case lasted about two hours. West Virginia Solicitor General Lindsay See wants the federal government stripped of its ability to regulate the plants. The AG argued renewable energy being used for electricity is a “major question” because the federal agency would be able to decide “what the power sector as a whole should look like and who can be in it.”

US Solicitor General Elizabeth Prelogar asked the justices to dismiss the case because there isn’t actually any federal rule currently on the books that grants the power to the government.

Beth Brinkmann, a lawyer representing energy companies, told the SCOTUS it wants the EPA to continue regulating. She also argued the court should dismiss the case because there isn’t a regulation put in place that would make a ruling necessary.

If the justices rule against the EPA, it would cut back the federal agency’s ability to impose measures limiting emissions or regulate the energy sector at all thereby crippling Biden’s climate change agenda.