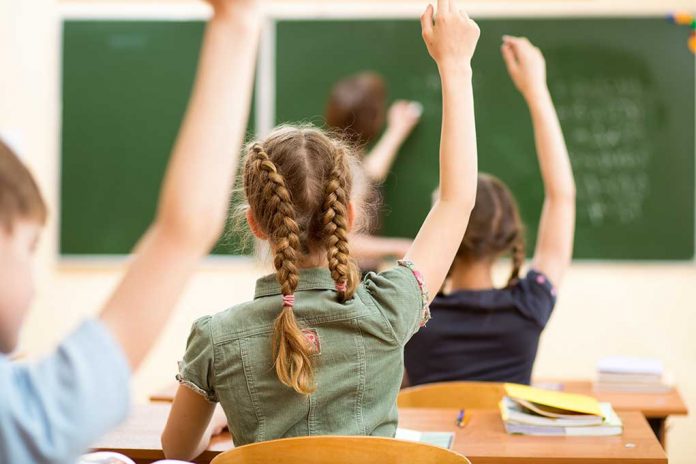 (USNewsMag.com) – A new study has confirmed that school lockdowns are harming America’s children, with those from poorer families and ethnic minorities among the worst hit. Unfortunately, teaching unions are still pushing for their members to work from home – and keep our schools closed.

On July 27, survey specialists McKinsey released a new report titled “COVID-19 and education: The lingering effects of unfinished learning.” It shows the horrifying effects of the pandemic on American children, revealing that, after the last year, students are an average of five months behind in math and four months behind in reading. It’s clear that online classes aren’t an effective replacement for in-person teaching.

In the US, academic fallout from the pandemic threatens to depress this generation’s prospects far into adulthood.

How schools and school districts can help students catch up and tackle historical inequities in education ➡️ https://t.co/S4nHsiHrTY pic.twitter.com/FJziC9RP1Q

Even worse than the raw numbers is the fact that school lockdowns are doing more harm to children that were already disadvantaged. Five months behind in math is bad enough – but for majority-black schools, it’s six months, while in low-income ones the figure is seven months. High school drop-out rates have also risen, and over 35% of parents are seriously worried about their children’s mental health.

Unfortunately, the main teaching unions don’t want to get back in the classroom — and the Democrats are reluctant to stand up to them. That’s fine for wealthy families that can switch to a private school, but what about ordinary Americans?