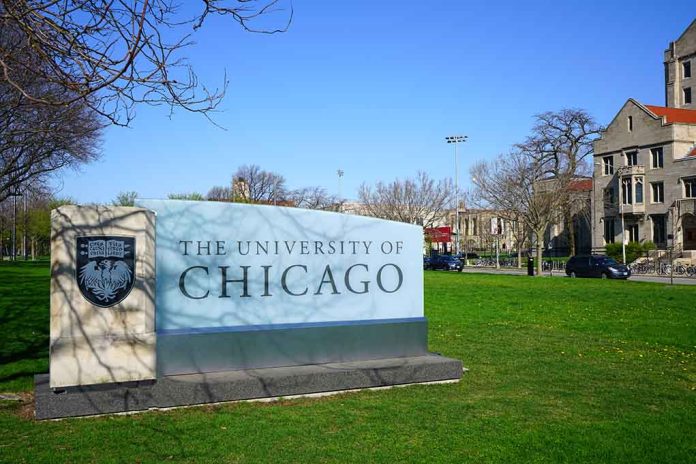 (USNewsMag.com) – Woke students on college campuses are known for making outlandish demands. A Georgetown student wanted a safe space to cry. Other college activists have protested when conservative voices want to speak on their campuses. Now, a University of Chicago student organization is demanding more than $1 billion.

WEDNESDAY FEB. 9 — our friends UChicago Against Displacement (part of the @ObamaCBA Coalition) are hosting a forum on #REPARATIONS from UChi.

In a February 9 op-ed in The Chicago Maroon, students with the UChicago Against Displacement organization argued the university should shell out over $1 billion in reparations to “protect” people on the South Side of the city from displacement. They said they believe the gang-ridden area of the city is owed money because UChicago “exists as a legacy of chattel slavery.” Further, the group claims the school has participated in “segregation, redlining,” and supporting developments that put residents at “risk of displacement from their homes.”

The group wants UChicago to create a $20-million annual fund to be dispersed as future rental assistance. Additionally, the students want the school to spend $50 million a year on “grant funding for long-term true affordable housing.”

That’s not all, the student organization also demanded:

A university spokesperson told Fox News Digital it has engaged in many programs to help communities around the city – but it doesn’t look like the school will be paying reparations.