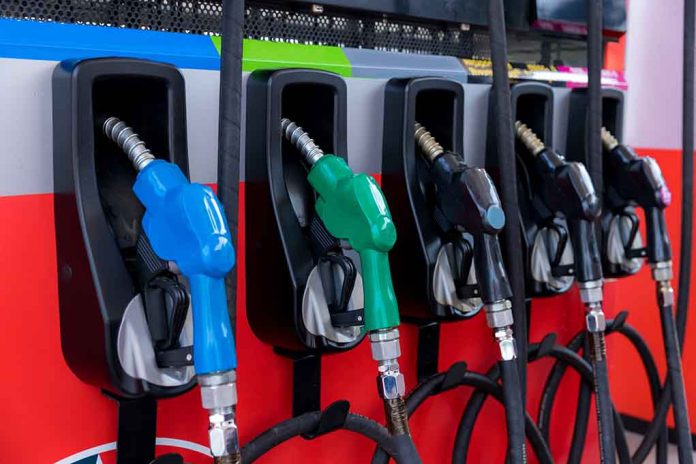 (USNewsMag.com) – Gas prices have been falling all summer as President Joe Biden releases oil from the Strategic Petroleum Reserve (SPR) for US consumers. He authorized the release of one million gallons of oil per day. However, gas prices are on the rise again.

According to AAA, the average price for a gallon of regular gas nationally is $3.72. That’s up from $3.67 per gallon one week ago, but down from the average a month ago, which was $3.86 per gallon. The rising prices ended a 98-day declining streak. It’s not entirely clear what prompted the current increase in prices, but the war between Russia and Ukraine is still having an impact. Republicans also believe Biden’s push for green energy is contributing.

Biden weighs in on gas prices, as they start to tick upward in the US for the first time in more than three months: https://t.co/QPH3DpUY57 https://t.co/XaUpnUy54q

The news about rising gas prices comes as the SPR hits its lowest levels since 1984. Not only has the president released oil to the US, but he’s also allowing it to be sold on the world market. As members of the International Energy Agency and a participant in the International Energy Program, that is nothing new, according to Energy Secretary Jennifer M. Granholm.

The SPR was created in the 1970s to address supply shortages globally during an oil crisis. The Energy Department, which runs the reserves, intends to use the money from oil sales to restock this fall. So far, those plans have not changed.