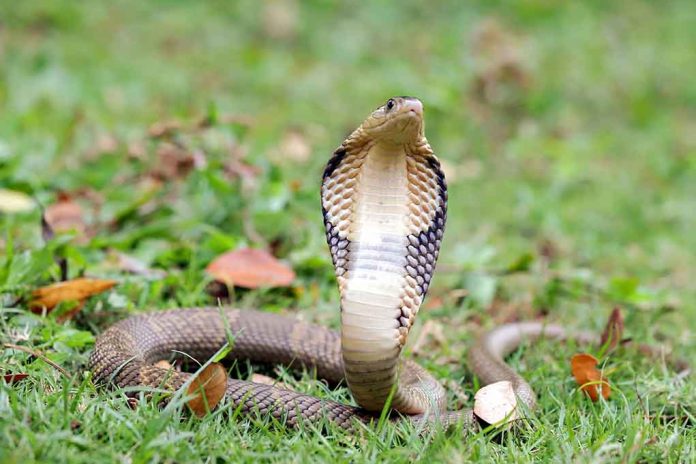 8YO Boy Kills Cobra by Biting It After It Attacked Him

(USNewsMag.com) – Deadly snakes are very common in India. In fact, data shows there were approximately 1.2 million snakebite deaths in the country from 2000 to 2019. Fortunately, an 8-year-old is not one of those statistics, thanks to his quick thinking.

According to reports, a child known as Deepak was playing in his backyard on October 31, when a cobra attacked him. The little boy was in the remote Pandarpadh village when the snake wrapped itself around his arm and bit him. He tried to shake the serpent off of his arm, but the creature wouldn’t budge. That’s when Deepak decided to bite the snake.

The reptile died from its injuries and released the little boy’s arm. He ran inside and told his parents what happened. They took him to the hospital immediately to ensure the snake didn’t inject him with any of its venoms. The bite was a dry one, so the boy didn’t have any poison in his arm. Still, doctors administered antivenom and kept him for one day to watch him.

An eight-year-old in #Chhattisgarh killed a poisonous cobra by biting it twice after the reptile bit him.https://t.co/ghA16EkJ5t

Deepak spoke to New Indian Express, and he said the reptile didn’t budge when he tried to shake it off, so he bit the snake. “It all happened in a flash,” the child told a journalist.

Would you bite a snake to save yourself?