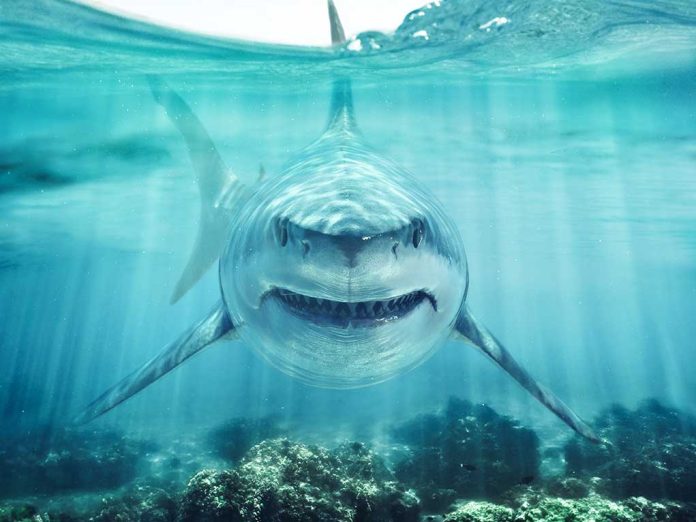 (USNewsMag.com) – The sand tiger shark looks like something out of a horror movie. It grows up to 10 feet long and has a truly menacing-looking set of jagged teeth. These giant fish don’t much care for humans, however, which makes the string of attacks along Long Island recently seem so unusual. According to NPR, while five attacks on the isle’s popular beaches have summer fun-seekers avoiding the water, scientists say the sharks aren’t after people at all.

Five shark attacks in two weeks off New York's Long Island probably have many beachgoers in the Northeast hesitant to wade into the water. But the sharks aren't targeting humans — they're after fish.https://t.co/7jm3DdaAuJ

It’s not the 10-footers swimming offshore wreaking havoc on beach-goers. Florida’s Shark Research Program Director Gavin Naylor says it’s the juveniles of the species stirring up all the commotion. They travel the shallow waters in search of bait fish and sometimes come across a foot to nibble on. Naylor says if sand tiger sharks were interested in people, there would be thousands upon thousands of reported bites.

The issue may stem from a tiger shark nursery discovered in the area. Naylor says the fish are abundant, which may explain why the attacks were short and didn’t result in life-threatening injuries. Even so, the risk of an encounter is still remarkably low. A person is about 10 times more likely to be killed by fireworks than a shark.

The predators are most active from dusk to dawn. They have a keen nose for blood, so being in the water with an open wound is not a good idea. Sharks can also mistake a swimmer’s shiny jewelry for a small fish. The best way to avoid sharks and to have a safe swim is to stay away from areas that report any kind of shark activity.