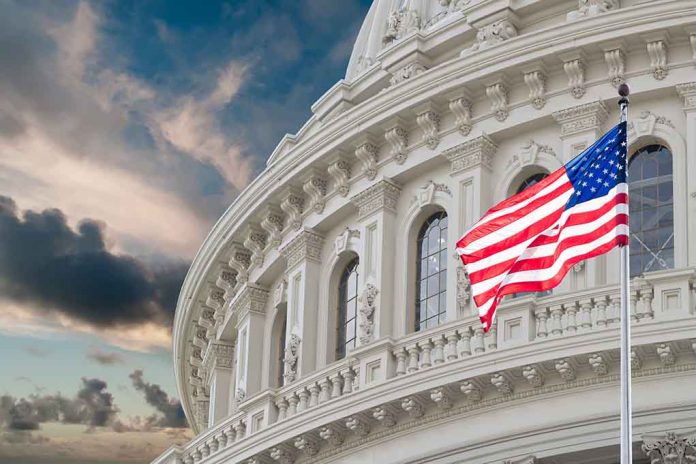 The group of House Republicans, led by Texas Congressman Chip Roy, sent a letter to their Senate colleagues last Wednesday saying they would block “even the smallest legislative and policy efforts” promoted by Republicans in the Senate.

In the letter, they warned that if the $1.7 trillion spending bill clears the Senate with Republican help, they would “oppose and whip opposition” to any legislation backed by the Republicans who vote in favor of the bill.

Congressman Roy, along with 13 House GOP members, initially made the same threat earlier in the week. Republican leader Kevin McCarthy, the GOP’s nominee for Speaker, quickly backed the effort. Since then, over a dozen other House Republicans have also made the pledge.

On last Wednesday’s “Hannity,” House Minority Whip Steve Scalise said the entire appropriations process must change so that government funding bills are first passed by the House before summer so the Senate can’t wait until the last minute to ram an omnibus bill through Congress.

Scalise said when Republicans take over the House in January, one of the things they discussed doing is “changing the way the entire appropriations process works.”

Scalise, who will become Majority Leader in the new Congress, said he and incoming Appropriations Committee Chair Kay Granger (R-TX) have mapped out a schedule that would allow the House to pass the bills before summer and then send them to the Senate.

He added that Republicans “need to lay down a marker early” telling the Senate “to do their job and not wait until the midnight hour.” He said the Senate waiting until the last minute to rush through a spending package is “a problem that’s gone on for years now.”

He said the Senate waits until the end of the fiscal year “because they know they can wait until Christmas Eve, throw something together in this big omnibus bill” that nobody has a chance to read.