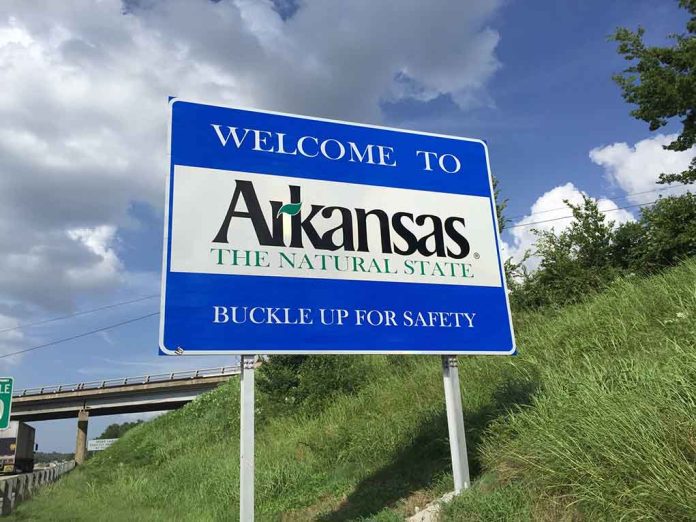 (USNewsMag.com) – Former Press Secretary Sarah Sanders is running to become the governor of Arkansas. Her race to become the state’s top public official just got a whole lot easier.

Rutledge endorsed Sanders for governor, saying she will “stand strong against the onslaught of the liberal left’s attacks” on Arkansas. The former press secretary thanked her for her support in a tweet.

I want to thank @LeslieRutledge for her leadership. I look forward to uniting Arkansans behind my vision to grow our economy and create high-paying jobs, increase access to quality education, and deliver bold, conservative reforms that take our state to the top. https://t.co/ganDW1I6Cc

It’s not surprising Sanders had taken the lead on the right because she has a political machine behind her. Not only did her father, Mike Huckabee, serve as state governor, but former President Donald Trump supports her as well. When she announced her campaign, the 45th president quickly endorsed her.

Rutledge will work with Sanders to keep the state red. When the country is so full of political upheaval, people might like the fact political rivals have come together for what they feel is a greater cause.