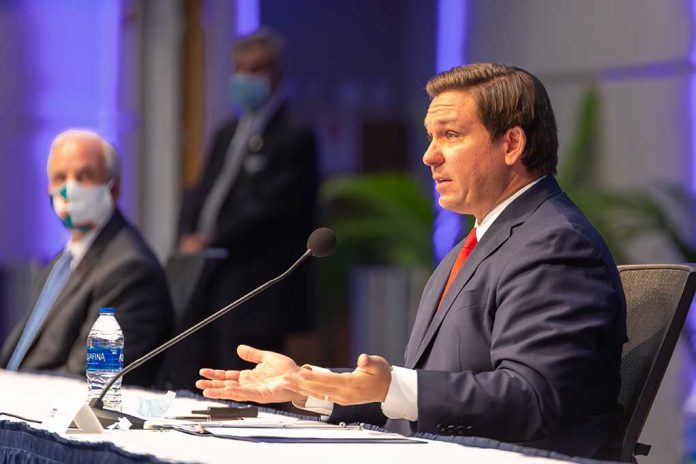 (USNewsMag.com) – In September, roughly 50 asylum seekers, most of whom were Venezuelan, boarded a plane in San Antonio, Texas, to fly across the country. They ended up in Martha’s Vineyard, a tiny island where liberal elites typically vacation. The flight, paid for by Florida taxpayers, sparked outrage — and now another one might take place soon.

The Associated Press reported Republican Governor Ron DeSantis’ (FL) administration has already paid nearly $1 million to transport about 100 immigrants to Illinois and Delaware. The flights were scheduled to take place in early October, but the flights were delayed till sometime before December 1.

Taryn Fenske, the governor’s communications director, told the journalists that the state is currently responding to the damage left by Hurricane Ian, and hasn’t ended the relocation program.

Florida’s legislature has allocated $12 million for DeSantis’ relocation program. However, some reports claim the budget language does not permit the governor to fly immigrants from another state. The program was reportedly to prevent a migrant surge in the Sunshine State and not other states like Texas.

DeSantis has stated he will continue spending the $12 million lawmakers allocated for his program. He said he intends to spend the entire amount to move as many immigrants as he can.

How do you feel about the immigrant relocation program?