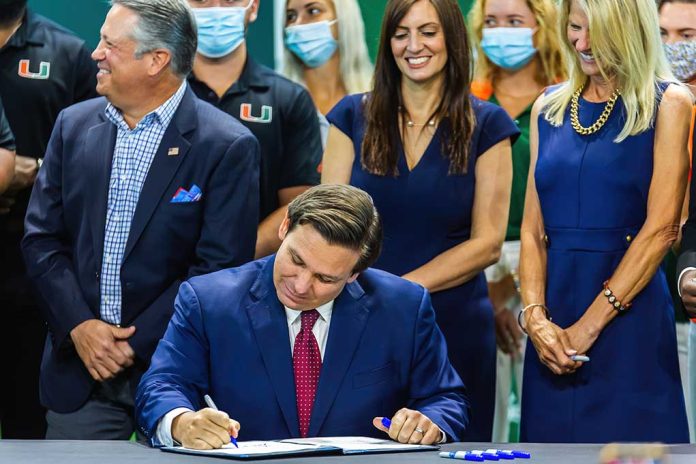 (USNewsMag.com) – In June 2021, the Florida Department of Education (FLDE) banned critical race theory (CRT) from being taught in grade schools. CRT is a theory generally taught in law schools; it contends racial bias is embedded into all aspects of the criminal justice system. Republicans, like Florida’s Governor Ron DeSantis, argue the theory itself is racist and don’t want teachers repeating it. Now, the governor is pushing back on the law in a creative way.

At the end of 2021, DeSantis proposed the Stop Wrongs Against our Kids and Employees (Stop W.O.K.E.) Act. The legislation does the following:

On January 11, DeSantis gave his State of the State Address and formally asked lawmakers to pass the Stop Woke Act. He said they need to “reject the notion” students’ parents shouldn’t be allowed to express their opinions about what their children are learning. The governor explained he believes parents should have the opportunity to review and approve the curriculum.

DeSantis is also worried about inappropriate content being smuggled into classrooms.

“It’s not just about CRT, I mean there’s a lot of other inappropriate content that can be smuggled in by public schools” pic.twitter.com/76SNqvjT4r

The fate of the bill is now in Florida lawmakers’ hands.