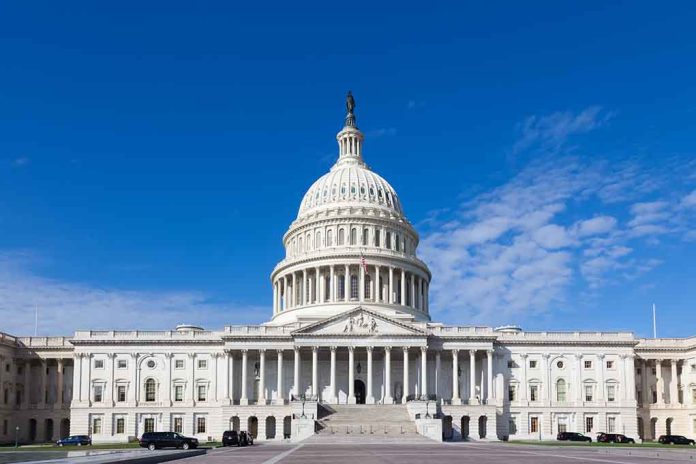 (USNewsMag.com) – Democrat lawmakers failed to pass the Freedom to Vote: John R. Lewis Act after they were unable to kill the filibuster to do so. They claimed the bill was necessary to protect voting rights and secure elections, but Republicans disagreed. Republicans are now trying to push their version of a bipartisan election reform bill.

The senators recently held a Zoom meeting to discuss some of the potential reforms. They reportedly want to update the portion of the law that discusses a vice president’s role in the congressional certification of the election results by making it clear a VP won’t be able to overturn the results.

The group also wants to raise the threshold for objecting to the certification and could also offer increased protections for poll workers to keep them safe from harassment.

The group focused on updating the Electoral Count Act of 1887, which includes many members who helped reach the bipartisan infrastructure deal, is courting more senators in hopes of creating a reform package that’s able to muster up 60 Senate votes.https://t.co/ne2kw63Vka

Currently, there’s a concern Democrats could kill the chances of passing the bipartisan reforms because they want the larger voting rights package. Press Secretary Jen Psaki said as much, claiming it isn’t “a substitute for voting rights legislation,” but said President Joe Biden is open to looking at it.

Lawmakers are expected to meet next week when Congress is back in session.