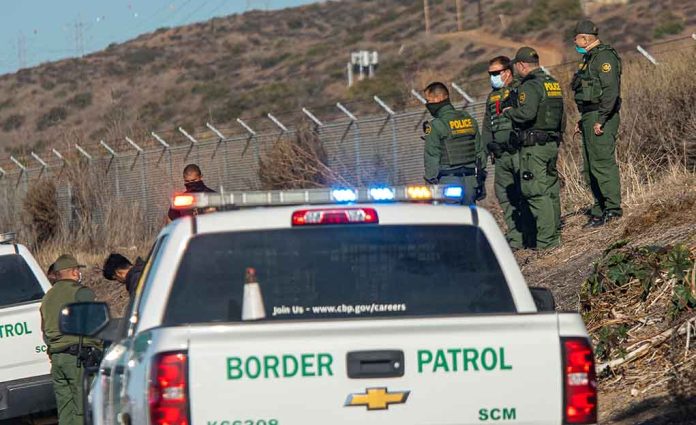 (USNewsMag.com) – A group of House Republicans has requested an intelligence briefing about the Southern Border. In a letter sent to Avril Hanes, the Director of National Intelligence, Representative Lance Gooden expressed concern over an increase in intelligence threats resulting from the Biden Administration’s handling of the ongoing migrant crisis, and called on the Intelligence Community to uphold “its mission to remain focused on counterterrorism.”

Despite the Department of Homeland Security Secretary Alejandro Mayorkas’s claims that the border is “closed,” and that the Biden Administration is working to make the border more secure, there were reportedly over 2.3 million migrant encounters in the last fiscal year and over half a million known border crossers who managed to evade Border Patrol. Nearly 100 people apprehended were listed in the Terrorist Screening Database.

The potential for terrorists to sneak into the United States was noted in the 9/11 Commission Report, which called for “attention to America’s porous borders.”

Under former President Donald Trump, a border wall was constructed that covered some 458 miles. Trump repeatedly spoke about the dangers presented by illegal immigrants and the importance of preventing their entry.

One of the first Executive Orders Biden signed upon assuming the presidency halted construction on the wall, fulfilling one of his many campaign promises. Less than a year later, as illegal crossings surged, the DHS Secretary took control of border projects that the Department of Defense had previously overseen. One of the activities they undertook was “closing small gaps” in the border wall “that remain open from prior construction.”

In November of 2022, Christopher Wray, Director of the FBI, admitted “significant criminal threats coming from south of the border.” He went on to explain how “transnational criminal organizations” send drugs into the United States, which leads to more violent crime.

Speaking to Fox News Digital, Rep. Gooden said that if the administration doesn’t do something to “control the situation, the next terrorist attack in the United States will be of Joe Biden’s making.”