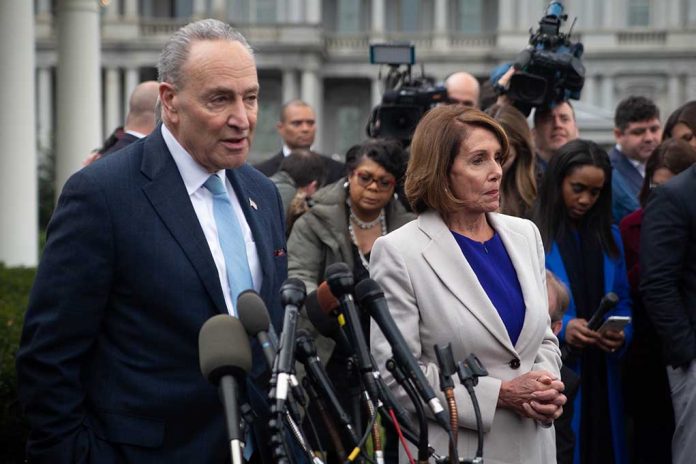 (USNewsMag.com) – The national debt has been a hot topic lately as Congress scrambles to avoid a shutdown. Republicans are pointing the finger at Democrats for unnecessary spending, while Democrats are blaming Republicans for not cooperating with what needs to be done. The truth lies somewhere in between.

What Is the Debt Ceiling?

In simple terms, the US debt ceiling is the uppermost limit that the government can borrow in order to satisfy its current obligations. This goes hand-in-hand with the budget, which outlines government spending in various areas including federal salaries, infrastructure and social programs including Social Security. If Congress exceeds its budget, and doesn’t collect enough taxes to cover it, it needs to borrow money. But this amount is limited and that’s what the debt ceiling is all about.

Both Parties Are Guilty

It’s easy to point the finger at Democrats because they’re the majority right now and have not one, but two, costly infrastructure bills on the proverbial table. However, both sides of the aisle are equally guilty of excessive spending.

Former President Donald Trump raised the national debt by over $1 trillion in his first fiscal year in office. In his second fiscal year, the national debt increased by $4.3 trillion. This resulted in Republicans raising the debt ceiling several times, a necessary action to pay off debts.

He’s not the only one to do it, though. Most of his predecessors, including Democratic presidents, did it, too. In fact, the last time there was a budget surplus was in 2001.

While it’s reasonable to assume the two infrastructure bills — one for $1.2 trillion and the other for $3.5 trillion — are the reason Congress needs to raise the debt ceiling, it’s simply not true … yet. The budget only outlines the money needed to cover its current debts, not future ones. Since neither infrastructure bill has passed, and it’s unlikely both will, they’re not calculated in the money the government needs today, which makes infighting all the more unnecessary.

The situation is becoming dire, though. Even though President Joe Biden signed HR 5305 on Thursday, September 30, to keep money flowing through December 3, Treasury Secretary Janet Yellen said the government could run out of money as soon as October 18. Defaulting on debts, she said, could have a tremendously negative impact on the economy.