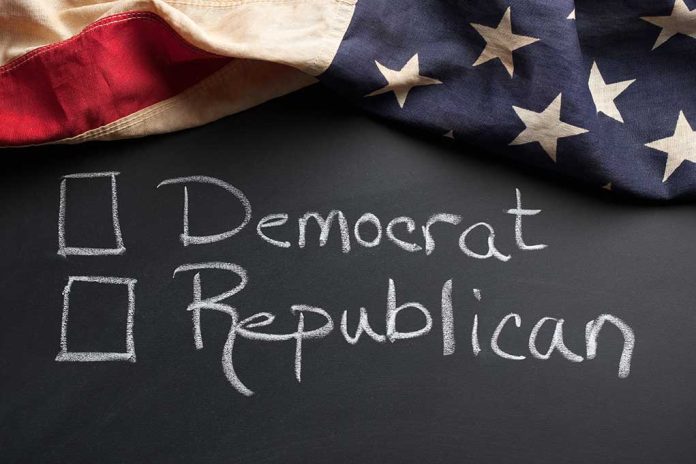 (USNewsMag.com) – ABC’s “The View” lost one of its co-hosts in 2021 after Meghan McCain quit the show. She later said she felt her co-hosts mistreated her because of her conservative views. The daytime talk show has now hired another Republican.

Alyssa Farah Griffin recently joined “The View” and became its newest panelist. During the September 26 episode of the show, she admitted that she could see herself voting for a Democrat. Whoopi Goldberg asked the hosts of the show whether they thought it might be time for a third party to rise up in America. Griffin responded that she thinks so, because the parties aren’t currently electing “the most qualified people” with the way the primaries and parties are structured.

Griffin went on to say they’re electing candidates through the primaries who cater to their bases, but these bases represent very small percentages of voters. In doing this, she said the lawmakers are less like to “work across the aisle” to get things done.” She then told her co-hosts that she agrees with Republican Liz Cheney (R-WY) and she will “full-stop never support an election denier.” And she could vote for a Democrat if they support some of her positions.

After dancing around it for months, faux "conservative" Alyssa Farah Griffin finally admits she's willing to vote for a Democrat over a Republican.
She also agrees with Whoopi's question that it might be time for a third party. pic.twitter.com/rCqNuIuNnT

Griffin is a conservative who used to work for former President Donald Trump as his White House director of Strategic Communications and as an assistant to the POTUS. Though she worked for him, she says he has consumed her party — and not in a totally positive way.

What do you think about Griffin’s position?