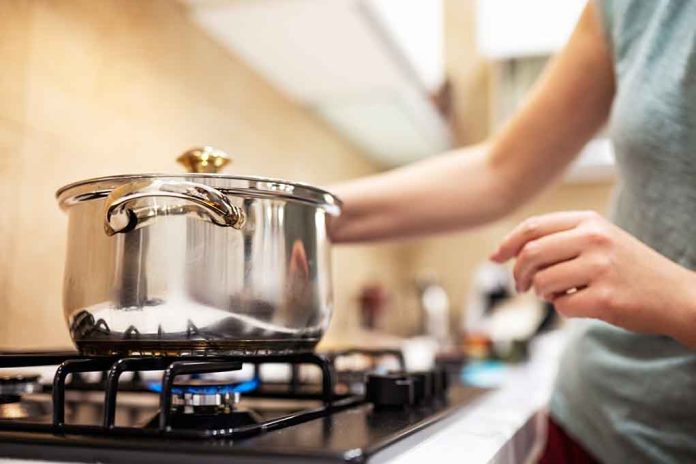 (USNewsMag.com) – The Consumer Product Safety Commission (CPSC) intends to make new rules pertaining to gas stoves according to the Commission’s Fiscal Year 2023 Operating Plan. Purported health risks posed by the use of gas stoves, specifically relating to indoor air quality, will be addressed with new mandatory standards. However, what the new regulations might be is currently undecided.

According to the CPSC commissioner, Richard Trumpka Jr., “Any option is on the table. Products that can’t be made safe can be banned.”

In a letter dated December 21, 2022, Senator Cory Booker, along with 20 of his Democratic colleagues, asked the Commission to use the “broad authority” granted to it by the Consumer Product Safety Act to “protect consumers from” the “harmful emissions.” The letter states that more than 40 million households in America use gas stoves and that methane leaks from gas stoves equate to the annual climate impact of 500,000 gasoline-powered cars. This figure comes from a study published in January 2022 by the American Chemical Society.

The letter from Booker and the Operating Plan for CPSC state concern for the impacts of pollutants such as nitrogen dioxide, carbon monoxide, and fine particulate matter on vulnerable populations, especially children, minorities, and low-income households.

Exposure to these emissions, in high enough concentrations, can reportedly lead to respiratory and cardiovascular issues. However, the American Gas Association claims that the agencies responsible for regulating the health and safety of consumers have not presented any documented risks. Jill, Notini, the vice president of the Association of Home Appliance Manufacturers, told Bloomberg that all cooking produces harmful emissions regardless of the type of stove and said that the discussion should be centered around ventilation and behavior change, like using the hood while cooking, not banning any specific type of appliance.

Before any new regulations are made, the CPSC will seek public input on these hazards and potential solutions.