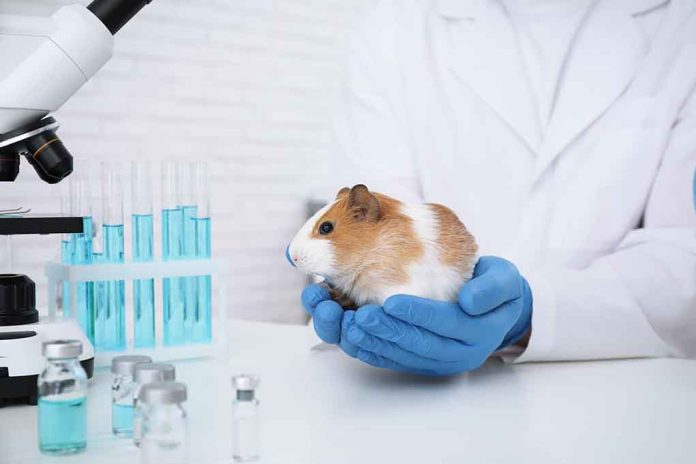 (USNewsMag.com) – A surprisingly bipartisan piece of legislation was passed along with everything else in the 4,000 pages that make up the $1.7 trillion Omnibus Bill. Under the FDA Modernization Act 2.0, the law no longer requires that drugs be tested on animals prior to approval by the Food and Drug Administration. The new regulations do, however, continue to allow for animal testing to continue if and when necessary.

The legislation was introduced by Senator Rand Paul, a Republican from Kentucky who has been vocal in his criticism of the CDC and FDA over the handling of the COVID-19 pandemic and vaccine rollout. Supporters of the legislation include Democratic Senator Cory Booker from New Jersey, the president of Animal Wellness Action and the Center for a Human Economy, Wayne Pacelle, and the well-known animal activist group PETA.

Pacelle applauded Rand Paul’s “leadership, persistence, and medical background,” and said the Act that eliminates the “Archaic and debilitating” animal testing mandate would never have passed without the Kentucky Senator’s advocacy.

In a statement from the People for the Ethical Treatment of Animals, the group called the legislation a “radical shift” in “drug testing methods” which will allow the FDA to consider “superior” tests and reduce the need for “deadly and scientifically bogus” animal testing for new drugs. Senator Paul expressed his gratitude that Democrats and Republicans could agree on the effort to stop the “needless suffering and death of animal test subjects.”

Revelations of animal experimentation have produced shockwaves in recent years. In 2019, the USDA faced a huge public backlash over deadly experiments they had been performing on cats and kittens. The Department swiftly terminated the program which had come under attack after existing for decades and seeing the demise of thousands of cats. Another experiment that came to light, known as “Beagle Gate,” in which the NIAID spent 1.68 million dollars conducting gruesome tests on beagle puppies.

According to a government watchdog group called the White Coat Waste Project, the government spends approximately $20 billion on animal testing every year.