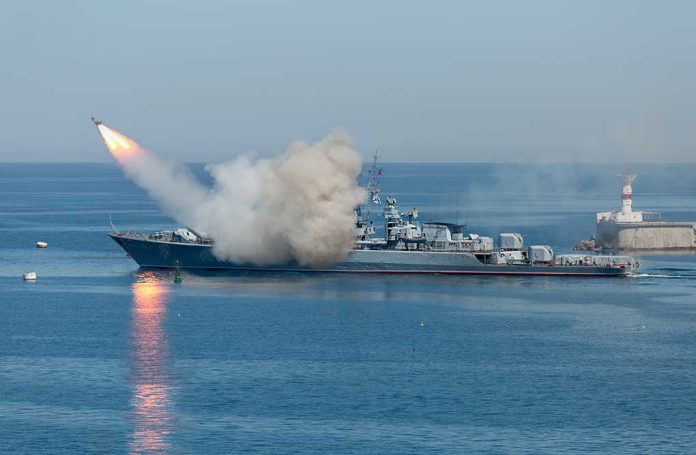 (USNewsMag.com) – For months, Russian President Vladimir Putin ordered his military to surround Ukraine. At the beginning of February, US intelligence estimated there were about 150,000 or more troops. As the international community tried to put a plan in place to protect Ukraine, there were some who didn’t believe Putin would ever invade. That grave miscalculation is something one expert is warning must not happen again.

In an op-ed for Asia Times, journalist Bradley K. Martin compared Putin’s decision to invade Ukraine on an alleged whim to North Korea’s Kim Jong-un’s erratic behavior. He pointed out what former North Korean spy Oh So-won (a fake name) has said on the topic of people not believing that Kim will decide to start a war depending on his mood. A lot of those assumptions are based on the fact his military isn’t prepared. For example, although the country developed hypersonic missiles, it’s unknown if Kim could successfully deploy them at this time.

However, the North Korean spy warned underestimating Kim, like many underestimated Putin, would be a big mistake. Experts have been wrong about Kim’s behavior in the past, and absolutely could be again.

Defector warns against underestimating how quickly the temperamental Kim might be able to use his arsenal https://t.co/Pvao77dxKj

In addition to concerns about North Korea starting a war, there’s also a worry that China might invade Taiwan and take it over by force. In fact, the communist country has sent its military planes into the Taiwanese buffer zone repeatedly.

Do you think China or North Korea could start their own wars while Biden’s attention is on Russia?